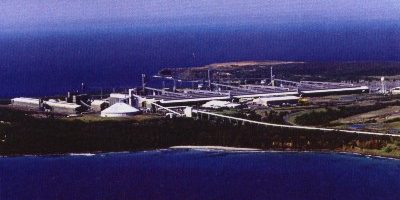 Having already stepped in to prevent the Whyalla steel works from closing, British businessman Sanjeev Gupta is eyeing off Alcoa’s Portland aluminium smelter in Victoria, according to reports.

Gupta, who is investing $2 billion in Whyalla to boost primary steel output and develop solar and pumped hydro renewables projects, is considering a move on the smelter which has been losing money in recent years.

Gupta already owns two aluminium smelters in Scotland and France, and could move from powering the Portland smelter with brown coal to renewables, just as he has done with Whyalla.

This would remove the biggest cloud hanging over the head of the aluminium industry – its high carbon intensity – and give the plant an advantage on the world market.

Channel 9 media reported that Gupta’s Liberty House Group had been in discussions with the Victorian government and Alcoa, but the deal is far from a fait accompli.

Unions at Portland, which has long operated with a state government subsidy for its power purchases, have indicated they would make concessions including pay freezes should someone buy Portland and keep it in operation.

Built in 1986, the smelter is a joint venture between Alcoa of Australia, CITIC, and Marubeni Aluminium and has a rated capacity of 358.000 metric tonnes per year.

Gupta is investing $600 million expanding the Whyalla steel works, conducting a feasibility study on a further major expansion, and spending $1.4 billion on renewables projects in the Spencer Gulf region of South Australia.