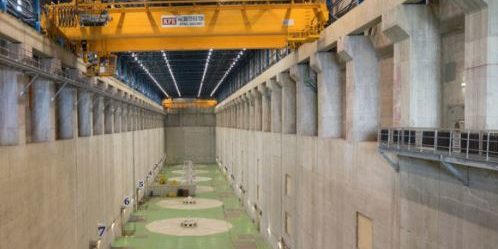 The partners and the Sarawak Economic Development Corporation (SEDC) will build GigaWatt-scale green hydrogen and ammonia generation facilities
at the Samalaju Industrial Park and Port.

The facility will be as large as 1.3GW, produce up to 170,000 t/y liquid hydrogen or 970,000 t/y ammonia for export by electrolysis, and will remove up to 5.6 million tonnes per year of carbon dioxide emissions.

The project will be supplied by Sarawak hydro electricity and be built over several phases, with first exports possible from 2024/25.

It is possible H2X will manufacture electrolysers for the project.

The partners said pre-feasibility studies had been undertaken over the past 12 months.

“Working closely with SEDC Energy and H2X Global, the project will now quickly progress to detailed feasibility and engineering.”

Ellis said: “Combined with its’ central location in SE Asia, (this) makes it uniquely positioned to lead the global transition to zero-carbon emissions.

“The work we have completed to date supports that Sarawak can scale to meet the strengthening market demands, but, and significantly, that Sarawak has opportunity to be the first to be able export green hydrogen at such scale.”.