Having a crack: the Melbourne startup developing 3D printing machines for glass 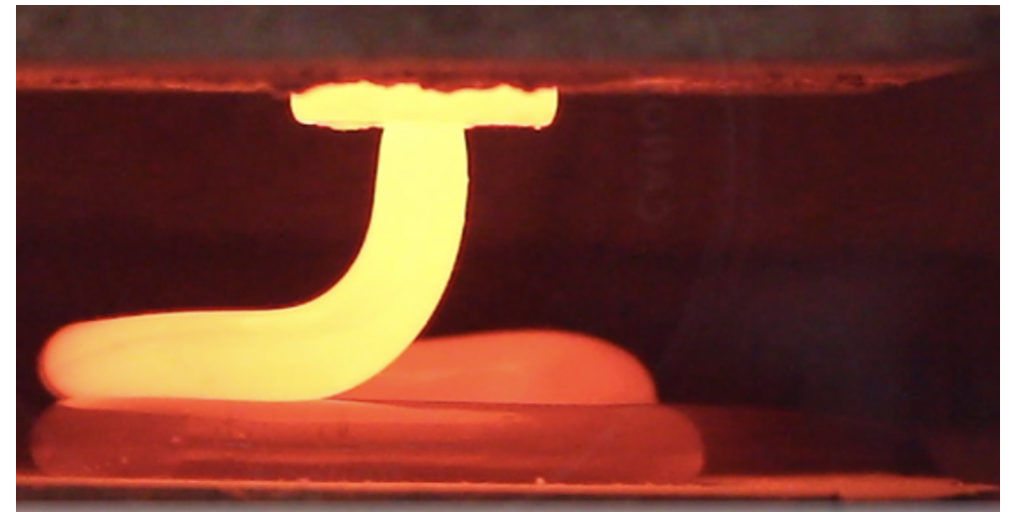 The explosion in recent years of different varieties of additive manufacturing has been obvious. Visits to trade shows or industry news websites regularly turn up new methods to build prototype and end use parts out of a growing list of materials

Last year’s Wohlers Report – the authoritative guide for market trends in AM – noted that the global industry for 3D printing grew 21 per cent over 2017, with a “dizzying pace” of new enterprise machine manufacturers entering the market. 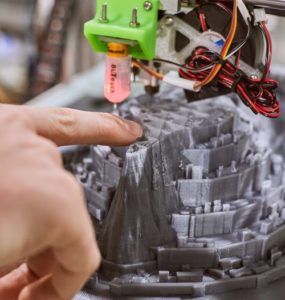 One thing missing, believed Professor Nick Birbilis (then heading Monash University’s Woodside Innovation Centre) and PhD candidate Darren Feenstra, was the ability to print in glass. Other universities around the world had given it a shot, but not produced anything suitable for use by industry.

“It was really Nick’s idea, where he just saw there was this popular material that was used so often, and for some reason AM hadn’t penetrated into it,” Feenstra, CEO of Maple Glass Printing tells @AuManufacturing.

“Admittedly, it was naïve the way we approached it… We were looking at modifying some plastic FDM [fused deposition modelling] printers to build a hot end that was hot enough to melt low-temp glasses. Originally, we thought we could get away with fluxing and bringing the glass transition temperature down and use more traditional FDM processes to do that.”

In less than two years since, the two engineers (both with backgrounds in metallurgy and  corrosion, incidentally) have refined their approach, nearly finished their first prototype, and are preparing to file a provisional patent. Along the way they have also gone through Monash’s Generator Accelerator Program – among 10 accepted through that round out of more than 200 applicants – and the CSIRO-sponsored pre-accelerator program, OnPrime.

Feenstra declines to say much about exactly how their extrusion printer works, but says it addresses the difficulties of forming glass, where the temperature each step of production must be carefully managed.

“You have to print in a chamber at a controlled temperature, so we’re printing into a chamber that’s controlled around 700 degrees, because we don’t want it to crack, and then we have to anneal it afterwards,” he explains.

“The phase transformation is very complex, as it goes from a solid into annealing temperature into a working temperature to the glass transition temperature, before it even gets to a liquid. The thing we needed to get our head around is that we needed to really optimise the amount of heat we put into the system, to give us the window and the flexibility to operate across all those temperatures.”

He nominates controlling the viscosity as the biggest challenge, along with issues around recycling glass, which is a focus for the company. He says that goal for print resolution is 0.6 mm, and current build speeds are similar to “mainstream FDM” machines. The build envelope is roughly big enough to make a wine bottle.

Recycling is a headache, with mixed glasses giving an unappealing brown-greyish colour, and different glass types having different melting points. The size of glass fines (powder) used as feedstock can also complicate recycling. Larger “mesh size” pieces are reasonably easy to clean contaminants from, but this changes as they become smaller.

However, “by using that AM design we can control a lot, how the glass melts, and we can make additions to it to modify it so that we can overcome some of the contamination issues… our design is aimed at that,” Feenstra adds.

A business case is another work in progress. One machine at the factory of a major Australian company produces 580 bottles per minute. Printing bottles would obviously not be relevant for this situation. Rapid prototyping for that company would be a different story, as would short-run or one-off bottles if needed, with a steel mould costing up to $3,000. Un-mouldable geometries would also be a situation where printing would make sense.

Another major challenge to overcome is the traditional nature of the glass industry, which Feenstra believes has seen much less innovation compared to the metals industry.

“They’re talking about an invention from the 1800s, right, and more or less it hasn’t changed very much in that time,” he adds. 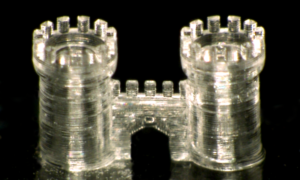 Maple is not the first group to try their hand at the tough task of printing glass. A group at MIT has been developing a large-scale glass extrusion technique for several years. Other approaches include one out of Germany’s Karlsruhe Institute of Technology, which uses light-cured polymer mixed with glass nanoparticles. After an object is formed, the glass is sintered together and the polymer is burnt away.

While researchers have taken it on, commercial use is another story, and Maple hopes to start writing it soon. It is currently seeking to engage industry partners, as well as file its provisional patent. Feenstra also hopes to finish his PhD this year, which is around Direct Laser Deposition processes for multi-metal cladding.

“There’s a bit more of the business side of things to be done. Again, I’d love to stay in the lab and keep working on the tech, but you gotta get the business end of things going,” he offers.