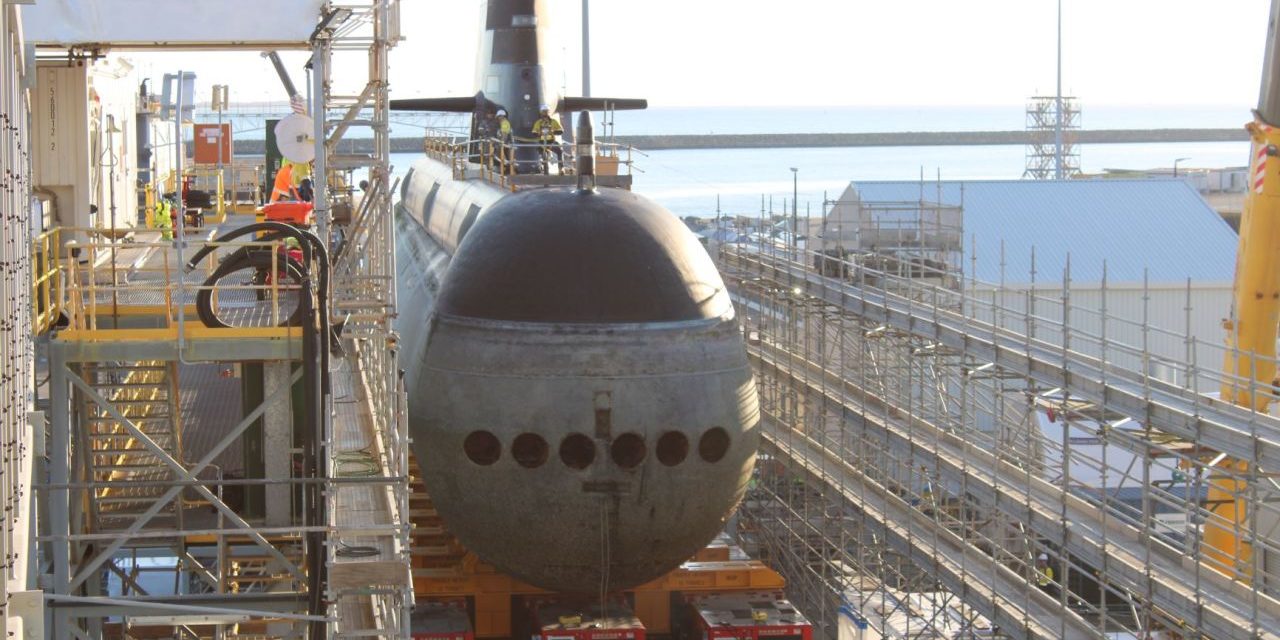 July saw the unusual sight of a Collins Class submarine lifted out of the water for scheduled maintenance at submarine builder ASC’s submarine maintenance facilities at Henderson south of Perth.

HMAS Collins (pictured) was maneuvered into the floating dock at the Australian Marine Complex on the shores of Cockburn Sound, lifted from the water then transported several hundred metres onto the hardstand at ASC.

Weighing more than 3,000 tonnes and 77 metres in length, the complex operation went off without a hitch.

The submarine is now in the Maintenance Support Tower undergoing a six-month maintenance cycle.

The majority of submarine maintenance work is undertaken at ASC North on the banks of the Port River in Osborne, South Australia.

Full cycle dockings and major refits take place in Adelaide, with other shorter term submarine maintenance activities carried out at Henderson where the submarines are based.

HMAS Collins entered into service 24 years ago in July 1996, as the first of six in the Collins Class submarine fleet.