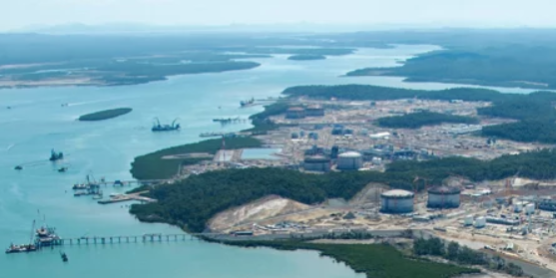 Australia’s export gas industry which puts upward pressure on domestic gas prices is starting to falter as the effects of the Covid-19 pandemic continue to ripple across the economy.

The Australian LNG Report from EnergyQuest released today shows LNG export shipments in May were 6.4 million tonnes, down from 6.9 Mt in April, with seven fewer cargoes shipped overseas in the month.

Buyers are exercising downward contract flexibility as demand drops resulting in 41 ships loaded with Australian LNG either anchored offshore or steaming slowly awaiting a final destination during May and early June.

East coast gas demand for electricity generation was up slightly in May over April, but a massive 22 per cent below demand last year.

The falls in demand for gas have major implications for domestic gas availability and prices, and for a federal government looking to boost gas supplies as a way to stimulate the economy.

Domestic users clearly are moving away from gas to renewables because of the price, so any federal stimulus for gas would have to involve subsidies..

Why subsidise something that is more expensive where cheaper renerwables are available?

Nonetheless an oversupply of gas at the three LNG export facilities in Gladstone (pictured) does suggest manufacturers may be able to access cheaper gas more reliably.

Another implication for national policy from the EnergyQuest report comes from figures for Chinese imports.

While China has threatened to target imports from Australia following attacks on China by backbench coalition MPs, this is not showing up in LNG exports.

Australian LNG exports to China in May of 2.8 Mt were up 12 per cent on a year earlier, and a big jump on the 1.9 Mt recorded in March.

However demand in Japan and Korea is falling sharply as their economies contract with theeffects of the pandemic.