How Australia rates a zero on electric vehicle adoption

Australia’s antagonistic policies towards electric vehicles has left us in the dust as the rest of the world transitions to less polluting vehicles, according to figures compiled for Visual Capitalist,

Global sales of electric vehicles (EVs) and plug-in hybrids (PHEV) surpassed three million for the first time in 2020, despite the economic headwinds imposed by Covid-19.

This visualization presents a geographical breakdown of these sales, revealing that over 80 per centwere made in either Europe or China.

Australia simply does not rate globally as a market for EVs despite it having the 13tt largest economy in the world.

In fact we rate so little that of three million sales globally Australia is lumped in the category ‘rest of the world’. 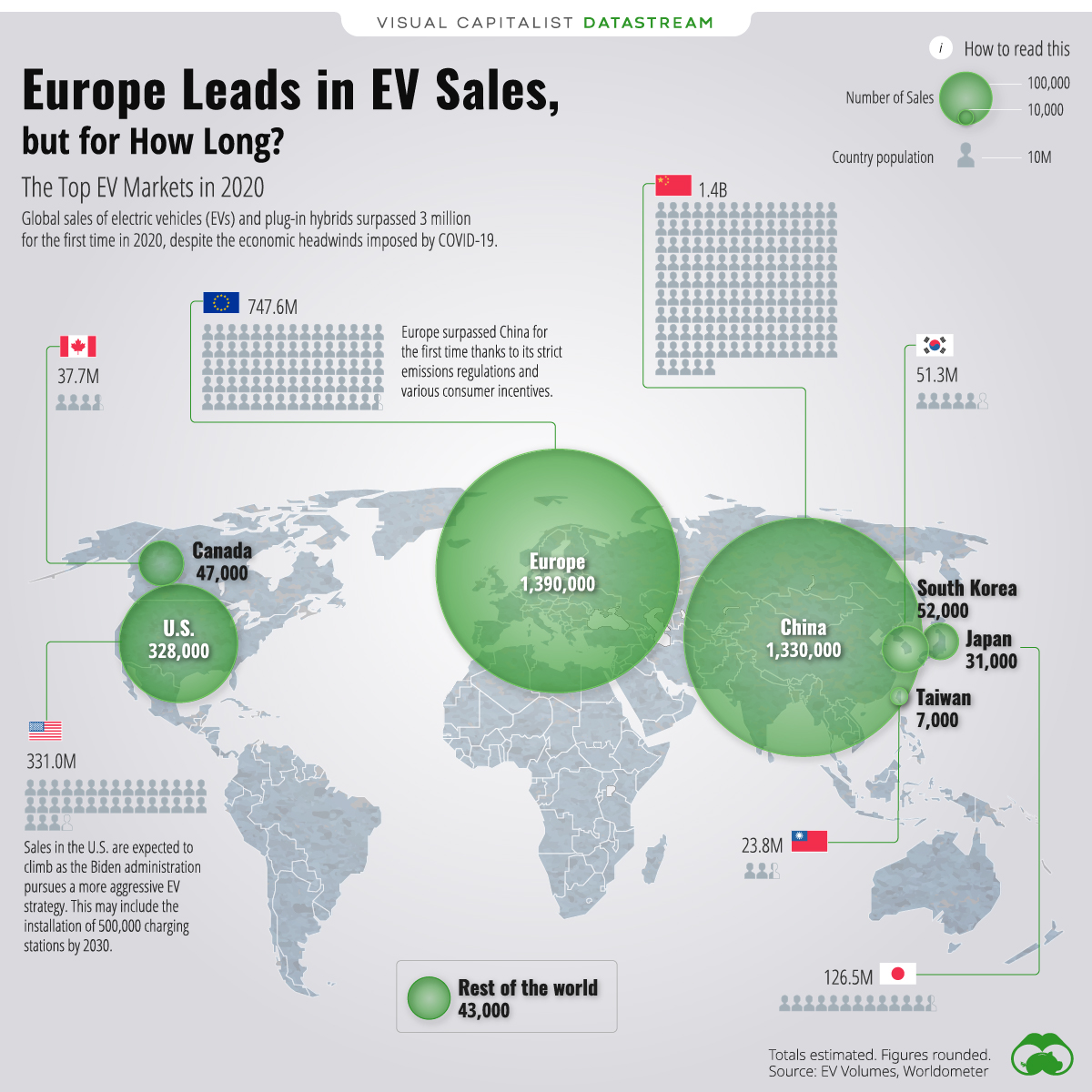 The EU was the largest market by a margin of 60,000 cars, but given China’s larger population, it’s likely the two will switch places in the near future.

Government incentives have boosted the transition to battery power in recent years.

Consumers should be aware that these incentives are likely to diminish over time, especially as EVs become more mainstream. In January 2021, the Chinese government announced it would reduce its existing subsidies by 20 per cent.