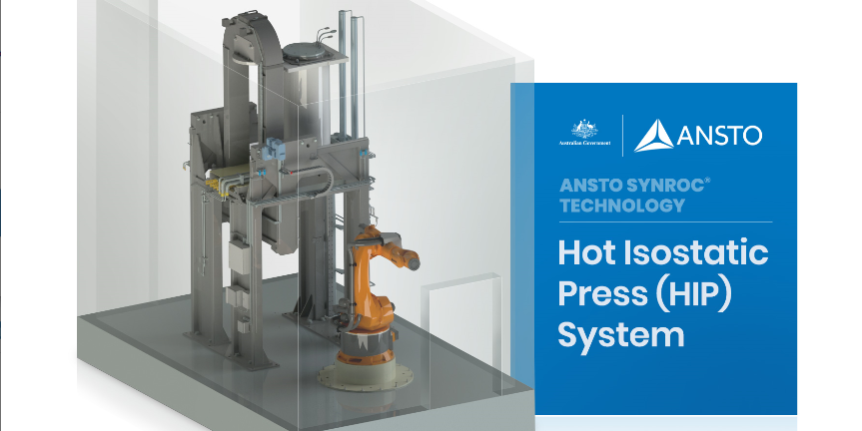 CSIRO’s Synroc synthetic rock method for safely storing radioactive waste is making headlines again (more on that later), but as someone who has been around for a while it all just demonstrates yet again the topsy turvy way we see innovation in Australia.

Synroc was unveiled in 1978 by a team led by Dr Ted Ringwood at the Australian National University, and further developed by CSIRO as the answer to nuclear waste.

After a process of hot isostatic pressing, in which cannisters of waste are compressed at high temperature, Synroc ceramic was created and said to be a massive step forward from today’s techniques of storing high level waste in glass.

But despite decades of trying to commercialise the technology both CSIRO and the Australian Nuclear Science and Technology Organisation have failed to get it adopted commercially – it is simply not seen by customers as that much better than what they were already doing.

The process Synroc went through is typical of the science-push model of innovation in which researchers are seen as being the font of brilliant ideas that only need to be picked up by a grateful private sector.

Of course in Europe and elsewhere they know that innovation in business only sometimes works like that, and have taken an industry-pull approach.

So hence Germany’s Fraunhofer institutes and Britain’s Catapult centres are driven by industry-problems.

While politicians are happy to fund the ‘commercialisation’ of science because it justifies investment in public sector research, application-oriented innovation supported by bodies such as the Innovative Manufacturing CRC and the industry growth centres are by far the more economically successful.

The latest round of the Synroc saga just announced is the creation of a fully automated, industrial scale compacting system (pictured).

Developed by ANSTO and Quintus Technologies, a robotic system operates inside a shielded room and will be used by ANSTO at Lucas Heights to treat the small amount of waste from our medical isotope industry.

ANSTO’s Michael Deura said in a statement: “I am pretty excited to see the HIP system in action at ANSTO. This type of innovation will change the industry and how it operates in the longer term.”

Not a word in ANSTO’s media release about the three decades plus work and expenditure that has gone into Synroc, and not a word about the meagre uptake of the technology internationally.

Really, you would hope we might learn the lessons of the past.

SA has launched a $6.5 m program with industry, led by @SmartSatCRC, to design and build a satellite to deliver space-derived services. @MyriotaGlobal has been contracted for IoT space services with @inovortech designing and building the satellite.