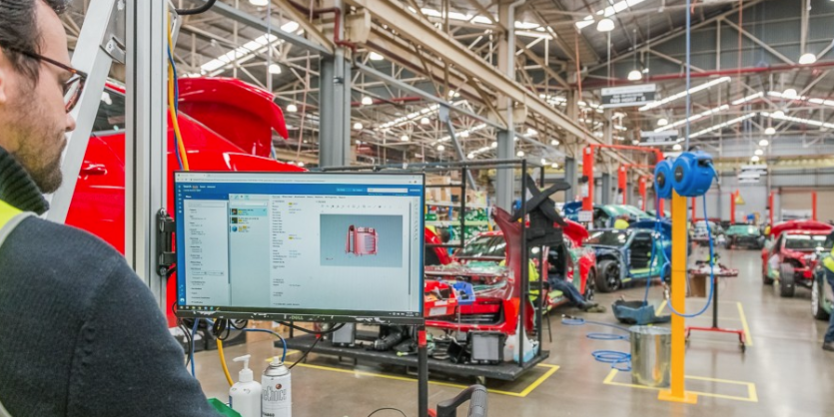 Writing on Linkedin, Connolly said the company had completely re-engineered its business model and was now thriving.

Connolly said: “It reminds me of the old saying, one door closes and another one opens.

“Today, HSV are producing more than double the cars locally with double the workforce and with far more complexity in terms of the components, many of which are sourced via an extensive local supply chain.”

They were there to mark a digital software collaboration agreement between HSV, the Advanced Manufacturing Growth Centre and Siemens.

The agreement will allow HSV to go digital to handle the increasing complexity of its supply chains for modifying multiple small-run vehicles.

Minister Andrews said: “By increasing the digitalisation of HSV’s manufacturing process, they expect at least a 20 per cent increase in performance.

“This will in turn create more demand for the local supply chain.”

HSV’s Jackson said that the introduction of digital processes will aid re-manufacturing of new cars including a changover from left to right hand drive.

He said: “Right now we have around 350 people, with one of our lines operating 24 hours a day in three shifts to keep up with demand.

“The re-manufacturing process requires significantly more work to the vehicles than when we were producing the Commodore.”

The update will see HSV set the benchmark for other small-to-medium enterprises looking to digitalise their production capabilities and scale up.

AMGC and HSV will share their feedback through a series of workshops in capital cities in the future.