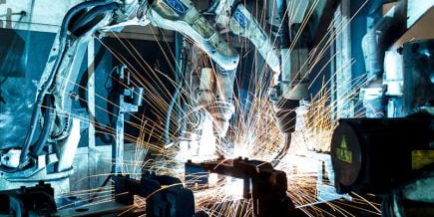 When Labor leader Anthony Albanese gave his new Industry and Innovation spokesman Ed Husic his marching orders ahead of the shadow cabinet reshuffle last week, the heavy emphasis was on job creation.

That’s the Industry portfolio in a nutshell. Building the policy frameworks and support structures that enable local industry growth. That means job creation now and seeking out a better understanding of emerging industries in order to lay a platform for job creation in the future.

Governments have a role to play in steering industrial development to areas of strategic need or opportunity, and in fostering the growth of local industry through both capability development and capacity building.

This will involve “picking winners”, Mr Husic says, outlining the important role for governments in making strategic investments and coordinating development efforts with the private sector and with the community.

In his first industry interview since being given the portfolio, Mr Husic lampooned the Prime Minister Scott Morrison’s view expressed last October that Australia did not need to create the next Silicon Valley, it just had t be good at adopting technology from overseas.

“We can’t afford to have a Prime Minister that takes a view that technology is an area where we can just support other people’s ideas,” told InnovationAus. “Forget that.”

“That’s the dopiest thing I have ever heard. It’s a slap in the face to all the smart people in this country who believe that local talent, applied to local problems, can deliver local advantage.”

While the Coalition was starting to recognise the importance of laying bets in industries deemed to have strategic importance – the recent activity in the Space sector is an example – he said the lack of significant and coordinated investment in artificial intelligence was a glaring oversight.

“Australia up until this point has had a view that we don’t pick winners. And in the meantime, we have seen a lot of other countries do the opposite,” Mr Husic said.

“What they have done is to be very strategic in the areas where they can back [the local industry] investment and coordination across the private sector, the community and not-for-profits,” he said.

“And we are getting left behind.”

Some governments at the state level “get it” – he singles out the NSW government’s big push in recent months on R&D and building research linkages – but Australia still lacked a coordinated, over-arching national industrial policy.

Ed Husic is well known to the tech industry, having previously held show parliamentary secretary and junior minister roles in innovation and the digital economy. He now wants to reengage with the tech sector, and to broaden its connections into the full breadth of the economy.

“This is something that I thought about deeply in my previous role [as shadow minister for] Agriculture and Resources – so AgTech and MiningTech were areas I was already limbering up to focus on,” he said.

“I have very much valued my engagement with people in the tech sector, and I am looking forward to a broader remit now across all of Industry and seeing how we can get people working together again and supporting the growth in jobs now and into the future – in both traditional industries, and emerging ones.”

The first 100 days in the new role will be focused on getting out and talking to people.

“Energy, enthusiasm, passion and belief. These are the things that from my own perspective I want to bring to the role,” Mr Husic said. “And I want to team up with like-minded people.”

The reshuffle was not without strangeness. Anthony Albanese’ decision to carve Science out of the Industry portfolio is a head-scratcher.

Mr Marles, whose Corio electorate in Victoria takes in the city of Geelong, has a keen interest in science, and set up the Parliamentary Friends of Science in 2012 as co-chair with the current Minister for Industry, Science and Technology Karen Andrews.

But removing science from the core portfolio for industrial development policy is unusual, even if Geelong is the poster-child city in transition with stand-out entrepreneurs, startups and innovators – particularly in advanced manufacturing.

Ed Husic says he and Mr Marles will work closely together, not just on the science side of the portfolio, but in the jobs creation policies and skills for the post COVID period.

“Richard and I have spokes at length about these issues in the past. There has to be a synthesis of science, research and development, innovation and industry – so we do need to be working together,” he said.