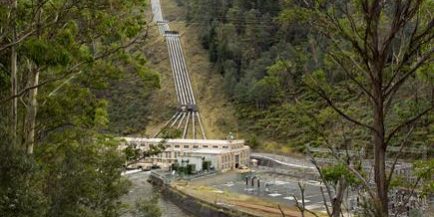 Hydro Tasmania has identified three preferred sites for new pumped hydro storages to take advantage of a new electricity connector being built to the mainland.

The sites at Lake Cethana, Lake Rowallan and near the Tribute Power station were identified in a $2.0 million study of potential sites by the Australian Renewable Energy Agency and Hydro Tasmania.

Further feasibility work will be undertaken in preparation for increased capacity to transmit power to mainland users via an additional 1200MW connector planned for Bass Strait.

Canberra has fast tracked the $56 Marinus Link which will enable Tasmania’s hydro resources to operate as part of the ‘Battery of the Nation’ initiative.

# 31 hours of storage by establishing a new connection between Lake Plimsoll and Lake Murchison.

“This puts Hydro Tasmania in a great position to select one strong development opportunity that can be ready for more interconnection.”