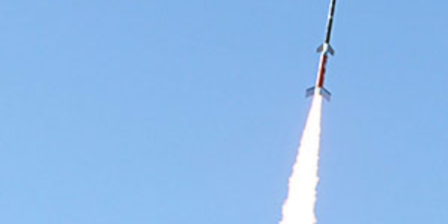 The federal government has stepped up the pace of hypersonic weapons research with the opening of Defence’s Australian Hypersonics Research Precinct at Eagle Farm in Brisbane.

Defence minister Peter Dutton launched the $14 million Precinct which provides a location for defence, industry, universities and international partners to advance the understanding and use of hypersonic technology through flight test vehicles.

Dutton said: “It’s a complex technological challenge to build vehicles capable of flying at five times the speed of sound, that skim the stratosphere, to target any location on the planet.

“The technology that is developed here will help us to better defend against the malign use of this technology and give us the ability to strike any potential adversaries from a distance and deter aggression against Australia’s national interests.”

Queensland has developed as a centre for hypersonic research, with the University of Queensland boasting the country’s fastest wind tunnel for testing hypersonic flight.

Private company Hypersonix Launch Systems has teamed up with the University of Southern Queensland to create a re-usable hypersonic UAV (unmanned aerial vehicle) to be called Delta Velos.

Defence contractor Thales Australia welcomed what it called a boost to the development of Australia’s sovereign hypersonic weapons capability.

CEO of Thales Australia Chris Jenkins, said: “Thales is proud to work with are range of SMEs including Southern Launch, Airspeed, Mincham and Mackay Defence, who will deliver specialised technology for the complex program including tooling and precision engineering, specialised polymeric insulation products, composite cases, as well as design and launch services.