If only BHP would add value again 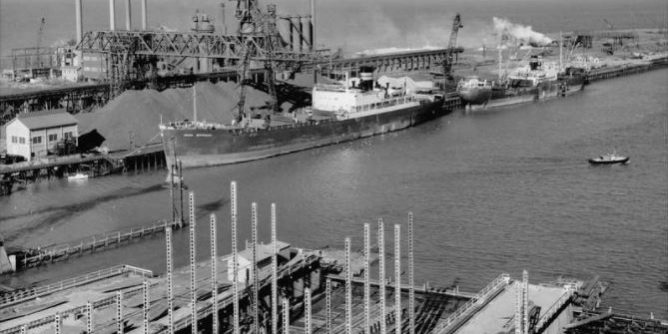 Many of us remember when BHP, once called the big Australian, was an active manufacturer of value-added products such as steel, wire and coated and painted building products.

Those downstream operations were built on an era where BHP’s Essington Lewis was the centre of Australia’s industrial war effort and the company even built ships at Whyalla and saw itself as having a higher mission than merely as a provider of low-price, albeit high quality materials.

The dissolution of the old BHP was a tragedy for Australian manufacturing, and out of step with many raw materials producers overseas that went up the value chain rather than, as the downsized Australian has done, down.

Korea’s Kyocera for example expanded from basic ceramics into semi-conductors – if only BHP had had more ambition for itself and Australia.

Today BHP is rapidly evolving its businesses again, getting out of low-value thermal coal and announcing a $20 billion deal to merge its petroleum assets with Woodside to create a world top-ten energy company.

Rid of these industries which have a limited future, BHP has again the opportunity to reinvent itself.

So far it is making a big bet on potash, again not an inspiring choice.

But Australia abounds with opportunities in strategic minerals that numerous smaller companies are racing to fill.

We are already the number one supplier outside China for rare earths crucial to all high technology products – there are many opportunities here.

We are already the major producer of lithium in demand for electric vehicle batteries – again massive downstream opportunities await in battery metals and, why not, batteries.

Even in relatively low-technology copper BHP is sitting on a massive ore body at Olympic Dam in South Australia – it could easily resurrect previously shelved-plans to massively increase output…and while they are at it why stop with simply copper when the metal is critical to modern life.

BHP’s future will be worth watching, but I guess its track record points towards the low-value road and not the high. Pity.