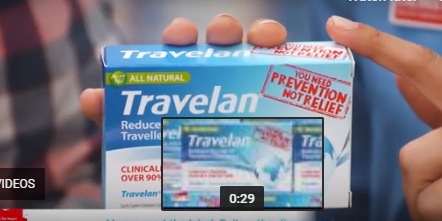 Listed gut health company Immuron (ASX: IMC) has received a $5.5 million grant from the US Department of Defence to develop a new oral drug targeting bacteria that cause ill health.

The company, which markets Travelan for the prevention of travellers’ diarrhoea, will develop a combination anti-microbial preventative medicine for clinical evaluation.

The product will target E-Coli and Campylobacter bacteria often seen in areas where US forces serve such as South-East Asia.

The funding will come from the Naval medical Research Centre in Silver Spring Maryland.

Immuron said in a statement that the product it developed would be tested in human clinical trials focused on the two types of pathogens.

Dr Frederic Poly of the US NMRC said his group was eager to start the research project.

Poly said: “Deployed military personnel are a unique population of travellers that have a long history of being infected by acute infectious diarrhoea.

“(This) represents a major burden for deployed US troops.”

The naval research centre has extensive experience attempting to develop vaccines against gut pathogens, and this expertise will be combined with Immuron’s technologies.

Poly said: “If successful, Immuron should be enabled to manufacture the product at scale to meet the needs of military personnel and the travelling community on an ongoing basis.”

Immuron’s Travelan is a non-absorbable, safe product which is composed of anti-bacterial antibodies that work on the gut immune system.

The company is working with another US army group, the Walter Reed Institute of Research, to develop a treatment for Shigella.