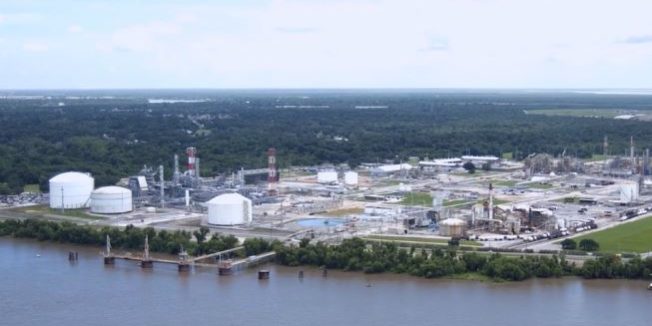 Incitec Pivot’s Waggaman, Louisiana ammonia plant has again been forced to shut with tens of millions of dollars lost – this time through a deliberate closure during the recent Hurricane Ida.

Since its opening the plant has failed numerous times with lost production and repair costs exceeding $100 million.

Today the company revealed Waggaman had run at nameplate capacity since its latest re-start at the end of May.

“The Waggaman plant was brought down on Saturday, 28 August in anticipation of the hurricane to ensure the safety of our people and to protect the plant against damage.

“Inspections…have not identified any material damage to the plant and the plant’s re-start has been awaiting restoration of high voltage industrial power and utilities.”

Factoring in those delays, the total outage is expected to be four weeks with a before tax cost of US$28 million.

In April @AuManufacturing reported that the plant broke down on March 17 ‘as a result of a dry gas seal failure and vibrations in the turbine on the induced draft fan’.

This followed another plant failure which was under repair until March when the 800,000 tonne a year plant was re-started.

The plant operated from mid-April ‘and operated successfully at nameplate capacity for two weeks, when the plant unexpectedly tripped upon the failure of a vibration probe.

“Following repairs, the subsequent re-start process was stopped on 8 May due to a coupling failure on the refrigeration compressor, upon which the plant was safely shut down.”

Commenting on the litany of failures and shutdowns at the time of the company’s latest financial report, Incitec Pivot managing director Jeanne Johns has said: “…While the Waggaman plant has demonstrated it is capable of very good production runs, the recent issues at our plant are clearly disappointing.”

Incitec Pivot has had problems with ammonium nitrate plants in Louisiana, Missouri and Cheyenne, Wyoming which have now been resolved.