Industry and science step up as keys to national security 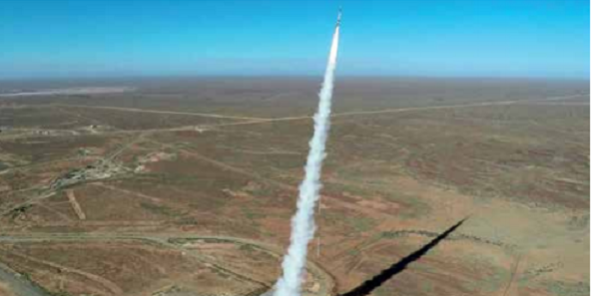 Australia’s defence forces, science and industry appear to be working more closely together today than they have at any time since the 1960s on the shared task of ensuring the country’s national security.

This became a little clearer in the past week with the release of the 2018-19 Defence Industry and Innovation Programs Annual Report which details progress made in the four years since the Coalition appointed Christopher Pyne as defence industry minister.

That there were more than 1,900 bids for this limited funding pool shows the breadth of technology and capability challenges Australia faces.

Bringing industry and science into the defence fold has been driven by three areas:

Reading the report one cannot help but be impressed with the SMEs aided to improve key capabilities, the academics and companies brought together to tackle key defence problems and the potential for defence science and industry to contribute.

Programmes can be micro-focused such as a Small Business Innovation Research for Defence programme which as an example is developing adaptive visual camouflage.

Or they can be visionary such as Grand Challenges in cutting edge technologies such as hypersonic missiles (pictured) which are being studied in partnership wit the University of Queensland.

Many of these investments are tiny, but in others they are company-changing.

The Centre for Defence Capability has been a key funding RUAG Australia to improve multi-component manufacture and Future Engineering to attain defence standards.

As a journalist it is always difficult to assess the real progress made by the coalition government as one is assailed by a blizzard of daily media releases dribbling out ‘announceables’, in the style of the ABC TV show Utopia.

Ministers will announce even paltry grants of a hundred thousand dollars, and everything is couched in party political terms.

But that aside, things really do seem to have changed for the better in four short years.

The negative is that none of this focus and spending has really been independently assessed.

Then there is the fact that we are talking about grant programmes which, as we have seen with sports and other rorts, have become distorted by election priorities.

To support this one only has to look at the recent federal government defence posture update – it was accompanied by a press release for each state detailing how much “the Morrison Government” was investing in each state.

Then there are the over-blown claims about the billions in contracts going to local industry as part of what has become a more than $200 billion in military spending.

Local industry still only gets a fraction of the benefits accruing to overseas prime contractors, even if things have improved on a few years ago.

As the contract was for $50 million, each job is a mighty pricey $2 million – hardly something for celebration.

And at its most basic we are only where we are today because the Coalition feared losing seats in South Australia when it botched the procurement of Australia’s future submarines.

Appointing Pyne in 2016 fixed that political problem and gives us today the semblance that things have changed.

But we need more that a government report and press release to show whether we have really shaken off our penchant for buying American technology and equipment, and are genuinely developing our capabilities.

I can see green shoots and genuine progress at a company level, but only time and a truly independent evaluation – if such a thing is possible – of Australia’s defence industry posture will tell.

Picture: Defence/Launch of rocket to test flight at hypersonic speeds