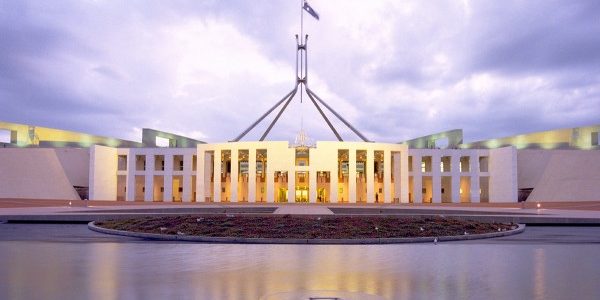 The Industry department has paid consultants more than $15 million in the last 18 months across a number of contracts for assistance in delivering its grants programs, including with the assessment of applications.

Since November 2020, the department has handed Canberra consultancy Synergy more than $10 million in contracts marked as being for “grants administrator service provider”, with a number of these running until the end of this financial year.

In the same timeframe, the Industry department also handed recruitment firm ADECCO more than $5.5 million in contracts for the same work.

The “grants administrator service provider” contracts relate to grants program assessments and contract management across the department’s range of grant programs and ones housed within other departments. It involves these companies providing staff to the department on short notice to assist with grant program deadlines.

The actual figure that the department has paid for help in assessing grants is likely to be significantly higher, with opaque tender reporting making it difficult to gather a full understanding of this outsourcing.

Earlier this year it was revealed that the Industry department had paid PwC nearly $2 million for “surge capacity” in a number of its grants programs.

Synergy has landed 24 contracts and contract amendments for grants administration since November 2020, worth a total of $10.036 million. The Industry department declined to reveal which grants programs the company has worked on.

It has been revealed though that Synergy had been brought in to assess the eligibility of applicants to the Boosting Female Founders program, a process which has proved controversial amid claims some companies accessing the scheme were not female owned and run.

While the department would not say which of the contracts relate to work on the Boosting Female Founders program, a number of contracts were signed with Synergy when the grants would have been assessed.

Applications for the second round of the program, for which Synergy assessed the eligibility of the companies, closed in April 2021, with the winners announced in February this year.

In this time period, Synergy won 11 contracts with the Industry department for work on grants programs worth $7.5 million.

Recruitment firm ADECCO has been awarded 11 contracts for “grants administrator service provider” since November 2020, worth a total of $5.656 million.

Several of the Synergy and ADECCO contracts are still active and run to the end of the financial year.

The Industry department previously confirmed that Synergy had been awarded six contracts worth more than $3 million in the first half of this year for work that included “assessments and contract management” on six grant programs.

But there is likely less than a month left for the federal government to award grants, with caretaker mode expected to kick in from early April, when the election is likely to be called.

Department officials have previously said there was an “unprecedented” number of grants to be assessed and handed out this year.

“The peak there is in March this year. And there’s a backlog in variations to existing contracts which is quite significant.”

This led to PwC’s near-$2 million contract to help with a range of grants programs, which saw the firm paid $105,000 in just a fortnight to supply six staff members to the Industry department.

This contract was slammed by Labor Senator Anthony Chisholm.

“It’s outrageous we’re paying tens of thousands of dollars to a consultancy firm to get another pork barrel from this government ready,” Senator Chishold said last month.

The public sector union branded the use of consultants to assess grants as “outrageous and indefensible”.

“While the Department says this contract is to assist with a surge capability the fact is that the design, assessment and approval of grants schemes is bread and butter work for this Department. This is not work that should need to be sent outside to be done,” Community and Public Sector Union assistant national secretary Michael Tull told InnovationAus last month.