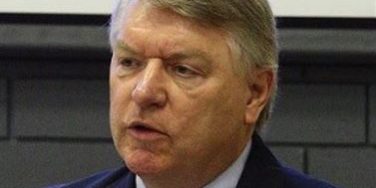 On Monday @AuManufacturing revealed an initial evaluation report of the six Industry Growth Centres had highlighted inadequate funding and the centres’ inability to change the fortunes of the sectors in which they operate. Here Tim Mazzarol looks into the history of growth centre policy in Australia.

Albert Einstein’s definition of insanity is continuing to do the same thing over and over expecting different results.

This clearly applies to how the Australian government has approached innovation and industry development.

When PM Tony Abbott took office in 2013, he scrapped this ambitious plan, replacing it with the current system of six Industry Growth Centres (IGC).

These were underfunded, with overly short funding lifecycles. Under PM Malcolm Turnbull, the IGCs were given a short reprieve and this latest secretive report into their performance only highlights the fundamental flaws that underlie their design.

As the report apparently indicates, any failure in performance is not the fault of the IGCs, which have generally done their best with limited time and resources.

The problem lies with the lack of vision and resourcing, reflecting the generally myopic and largely politically motivated policy guiding these centres.

Industry clustering in Australia can be traced back to the Multifunction Polis, of the 1980s, and is a well-accepted framework in NIS development.

However, such clusters must be built on the foundations of existing industries and large firms. Universities and start-ups cannot carry the primary responsibility for industrial change.

Such clusters and NIS developed takes decades to achieve, and needs significant funding, clear headed long-term vision, and an absence of political interference.

Hype, hope, hubris, and PR spin, will not achieve anything in the long-run. There must be a fundamental restructure of how large companies engage within the NIS. It is here that government policy and regulation can make the most difference.

Australia’s universities and start-up community is not the problem. The lack of innovation and engagement with the NIS by the large firms is.

The IGCs cannot influence the large firms to make the necessary changes and commitments, so they fall back on the universities, start-ups and SMEs to show their value.

Yet repeating this same approach and expecting different results will do little more than confirm Einstein’s definition of insanity was right.

Tim Mazzarol is director of Perth’s Centre for Entrepreneurial management and Innovation and specialises in marketing, strategy, entrepreneurship and innovation. He is also Winthrop Professor, and Director of Doctoral Programs at the University of Western Australia Business School.