Industry growth centres show their worth as AMGC shines 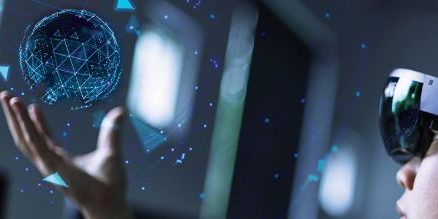 Industry growth centres have contributed enormously to the development of innovative Australian companies, with the Advanced Manufacturing Growth Centre (AMGC) the latest to analyse the performance of projects in which it has co-invested federal government money.

AMGC’s 2020 Project Impact Report, which showcases 78 projects, including the economic impact of the first 10 of those successfully completed, reveals a forecast of $1.2 billion additional revenue and the creation of 2,361 new jobs.

The return is anticipated from a combined industry and government co-funding pool of $66.8 million.

Of the 10 completed initiatives analysed, a total of 136 new or upskilled roles were created while revenue of $56.5 million represents an averaged return on investment of 6:1. Investment was $8.05 million with $2.3 million derived from Canberra.

The present crop of six industry growth centres is not the first effort by the national government to bring the idea of industry clustering to Australia, building on the success of overseas centres such as Britain’s Catapult centres and Germany’s Fraunhofer institutes.

This faltered with no clear idea developed for what the precincts were, or how they worked, and ultimately fell victim to the change to the Abbott government.

Since then growth centres in advanced manufacturing, cyber security, food and agribusiness, medical technologies and pharmaceuticals, oil gas and energy, and mining equipment, technology and services, have managed to establish highly productive relationships between technology and industry.

The 10 projects AMGC has funded are a rollcall of the most exciting innovations and developments underway in the sector:

These are some of manufacturing’s finest companies, but there is little doubt that AMGC has helped speed up their commercialisation and expansion – a crucial catalyst effect best seen during the Covid-19 pandemic.

AMGC was quick to react setting up a register of Australian businesses that could step into broken supply chains, and catalysing the local production of key products needed to protect human health.

In 2020 we have all been waiting with baited breath as Canberra mulled the next phase of its growth centre initiative.

As it happened the initiative was not killed off, as seemed possible at the beginning of the year when manufacturing was receiving scant policy attention.

Instead the scheme’s value was seen and it was extended with AMGC itself awarded a further $30 million co-funding pool to continue its industry building work under the Federal Government’s Modern Manufacturing Initiative.

But this is as yet a temporary reprieve, and who knows what the attitude will be in Canberra in a few years time.

But let’s hope that this excellent scheme is not scrapped, that it in fact is extended to other sectors, and the existing growth centres further funded to become permanent additions to the manufacturing landscape.

Nothing could be worse than switching to yet another clustering model, or terminating the six existing growth centres rather than confirming them in their roles.

As AMGC managing director Jens Goennemann said: “Since 2015, AMGC has worked tirelessly alongside the Department of Industry, Innovation, Science, Energy and Resources (DISER) to collaborate with manufacturers, identify best practices and support those wishing to advance.

“AMGC has cultivated a billion-dollar catalogue of what manufacturing best practice looks like and provides a taste of what could come in the future.

“Australia has the manufacturing fundamentals in place. Now is the time to encourage more adoption of advanced technology and practices, drive change and take the formative steps to move Australia from being the lucky country to becoming the smart country – with manufacturing being our single most promising capability to do so.”