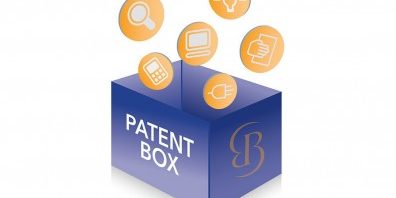 Australian entrepreneur Matt Barrie has said he supported consideration of a UK-style patent box taxation scheme aimed at improved commercialisation of local IP, following comments by the federal treasurer that the government would take a “close look” at the scheme.

The Patent Box was phased in in the UK starting in 2013, and involves a 10 per cent (instead of the usual 20 per cent) tax rate for corporate profits based on qualifying IP commercialised locally. The measure has had its Australian advocates, such as the Medical Technology Association of Australia and Cook Medical.
Barrie, the founder and CEO of freelancer.com, told The Australian Financial Review that he’d welcome such tax relief for local innovators, but recent cuts to the R&D tax incentive should also be undone.
“We should do both. I believe that Australia should send 3 – 4 per cent of GDP on R&D rather than the 2 per cent we do now, given how unsophisticated our economy is (we rank 77th in the Harvard Economic Complexity Index,” he told The AFR.
He added that the country needed measures to retain companies as they grew, and to attract large companies here for R&D.
Enthusiasts of the Patent Box say it would help improve Australian innovation efficiency – the conversion of research inputs into commercial outputs – which was ranked 76th in the world in the 2017 Global Innovation Index. Detractors highlight things like lost tax revenues and encouraging a “race to the bottom” on tax rates across nations.
Treasurer Josh Frydenberg mentioned he would consider the tax break while taking questions at an event in London over the weekend.
Picture: www.sib.it