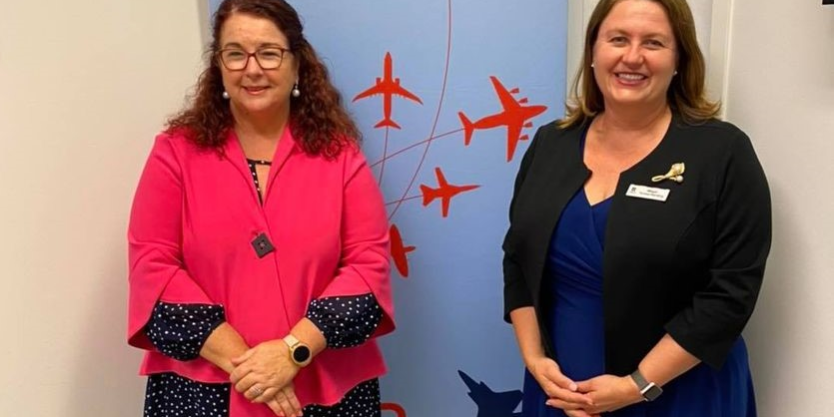 The free program will offer 24 regional businesses the opportunity to devlop an action plan, working with leading defence industry prime contractors over a three-month period.

Mayor Teresa Harding, who is also chair of the City of Ipswich Defence Industry Development and Attraction Committee (CIDIDAC), said Ipswich was in a prime position to lead the nation in defence industry manufacturing.

Harding said: “Ipswich is the home of Australia’s largest Air Force base at Amberley, which provides over 5,000 jobs, and our broader defence sector generates over $1.4 billion in annual export value.

“The Rheinmetall LAND 400 Phase 3 bid, which could bring 500 jobs to Ipswich, presents an exciting opportunity for Ipswich based advanced manufacturers.”

Harding met with the minister for defence industry Melissa Price (pictured) during a recent visit to Canberra with the Council of Mayors of South East Queensland.

The Queensland Government has agreed on an MOU with Rheinmetall to support its bid to build the LAND400 Phase 3 Infantry Fighting Vehicles, worth between $18 and $27 billion.

On March 31, the Commonwealth Government announced plans to accelerate a $1 billion Sovereign Guided Weapons Enterprise, with manufacturing operations to be based on-shore.

Harding said: “This program will be the first of its kind in Australia being offered by a local government.

“Once the pilot program is established, this model could be extended into other priority industries to build capacity and supply chain capabilities.”

The council-backed initiative is supported by CIDIDAC, the Department of Defence, and Australian Industry and Defence Network Qld (AIDN Qld).