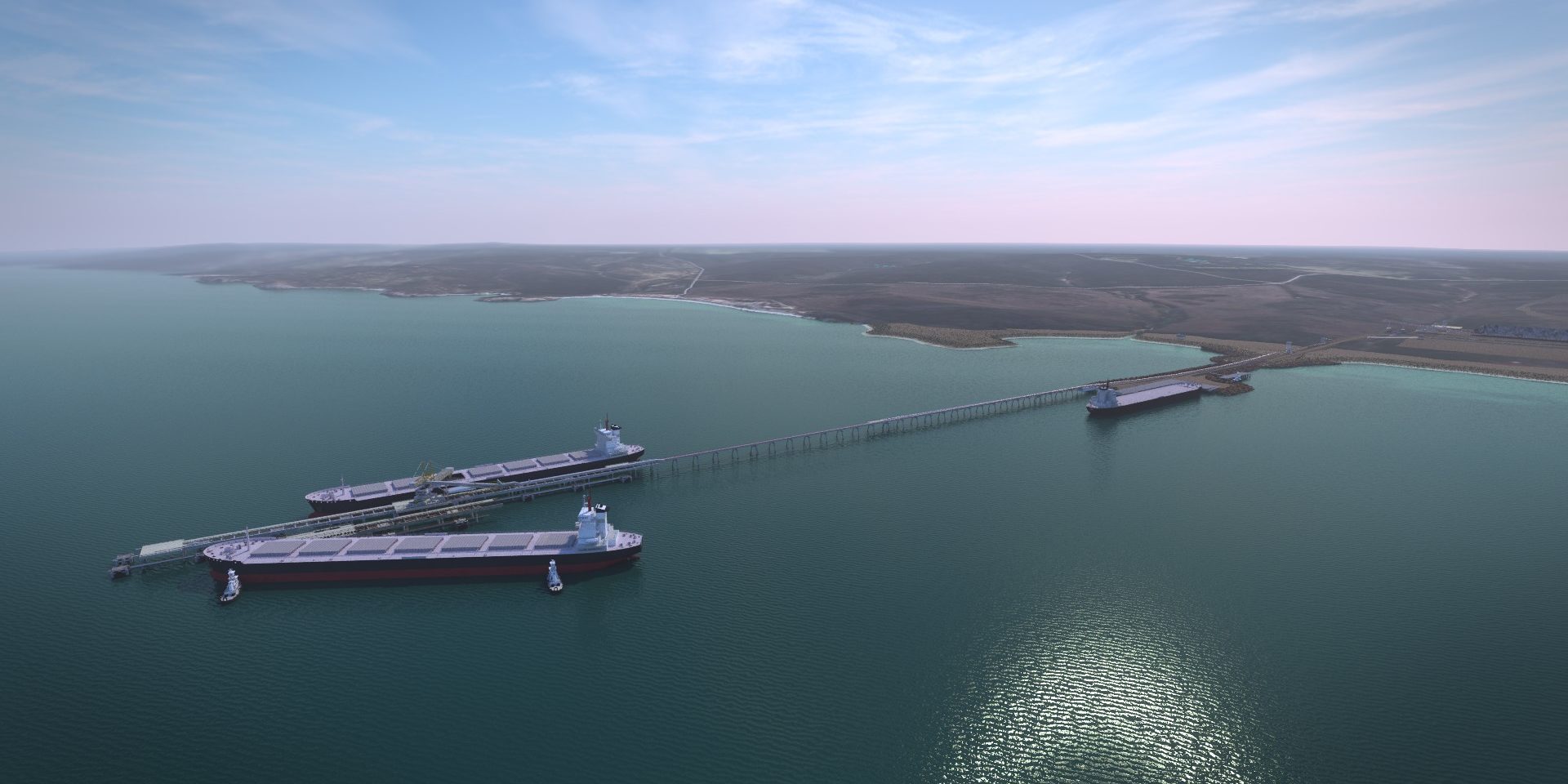 The proposed port was initially designed to export 70 million tonnes of concentrates a year, however hydrogen now offers the opportunity to value-add to pellets, and potentially steel at the nearby industrial city of Whyalla.

Iron Road has a heads of agreement and project development accord with The Hydrogen Utility (H2U), which recently attracted Mitsubishi Heavy Industries as a cornerstone investor.

MHI is contributing to engineering planning of hydrogen production infrastructure and will provide hydrogen gas turbines and hydrogen compressors to the project.

Initially a $240 million, 75MW electrolyser near the regional city of Whyalla to create 40,000 tonnes of green ammonia each year was envisaged with production to start in 2022.

The company said: “The key elements according to H2U includes the planned development of up to 5GW electrolyser capacity, production facilities for green hydrogen, further analysis of downstream green chemical manufacturing opportunities and the development of input renewable energy resources.

Before the development of the Pilbara, Eyre Peninsula with its Iron Baron, Iron Dutchess and Iron Duke mines was the principal source of iron ore in Australia, feeding blast furnaces in Whyalla, Port Kembla and Newcastle.

Liberty Primary Steel – part of GFG Alliance – is investing $600 million in Whyalla to boost capacity to 1.8 million tonnes a year.

At the same time Liberty is investing $1 billion in solar and pumped hydro energy generation capacity.