Is IR reform part of a new way forward for manufacturing 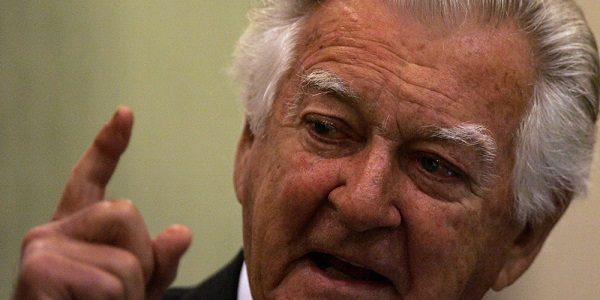 When I was a young journalist the very first speech I gave was to an industrial relations conference on the Gold Coast.

As I began speaking it was instantly obvious that this 20 something knew less about industrial relations than pretty much everyone in the room.

Lesson learned, stick to what you know.

But over 40 plus years observing industry I have learned one thing – the most innovative, productive and go-ahead companies are not those that have beaten down their workers pay and conditions.

It is those who pay fair wages, upskill staff, bring them into the decision-making process appropriate to their role, motivate them to perform and generally accord the recognition and dignity that we all need.

Trade unions have been emasculated by successive waves of IR reform.

In the December quarter there were a tiny 38 industrial disputes across Australia involving 8,800 employees, and in 2019 there were 147 disputes, a fall of 16 on the year before.

Trade union militancy is simply not an issue in Australia.

In fact, if anything, we do not have enough protection for workers in Australia.

Around 2.5 million people are employed on a casual basis, and the gig economy, which is essentially piece work disguised as sub-contracting, brings a lack of wage security, lack of ability to bargain for a wage rise, and an inability to access fair conditions such as leave.

There are reasons it is essential that workers, and their representatives whether it be unions or some re-imagined grouping, were given some power.

The more extreme reform proposals I have heard of late would bring us closer to the 19th century industrial laws of the jungle, to master and servant and to naked capitalism where children slaved at looms.

What is an issue today is the complex legacy agreements that we have that apply to some, and not to others, that leave some powerless, and some powerful, that are complex and difficult for all to understand and support, and in some cases simply perverse.

So we do need IR reform as part of re-imagining our economy post-Covid, but there are two, perhaps more, paths on offer.

Do we clamp down even further unionisation and beat them into submission, or we develop more co-operative models of IR relations that are a win-win.

The former is the easier and perhaps more likely path, the latter requires hard work and leadership.

The Prices and Incomes Accord of 1983 involved a series of agreements between the Hawke Labor government and the ACTU where unions would moderate their wage demands and the government worked to contain inflation, then running at 18 per cent. Industry promised to do its part and invest in expansion.

There was the introduction of the concept of basic wage rises for all, with special rises only available for efficiency offsets.

The system worked, inflation was broken and we entered into the longest phase of growth and prosperity in our history.

What will we choose this time?

I am hoping for leadership, hard work by politicians, and real reform rather than union busting.

How many times have we heard the phrase ‘we are all in this together’?

Right now, close to the anniversary of Bob Hawke’s passing, we are about to find out whether we really are.