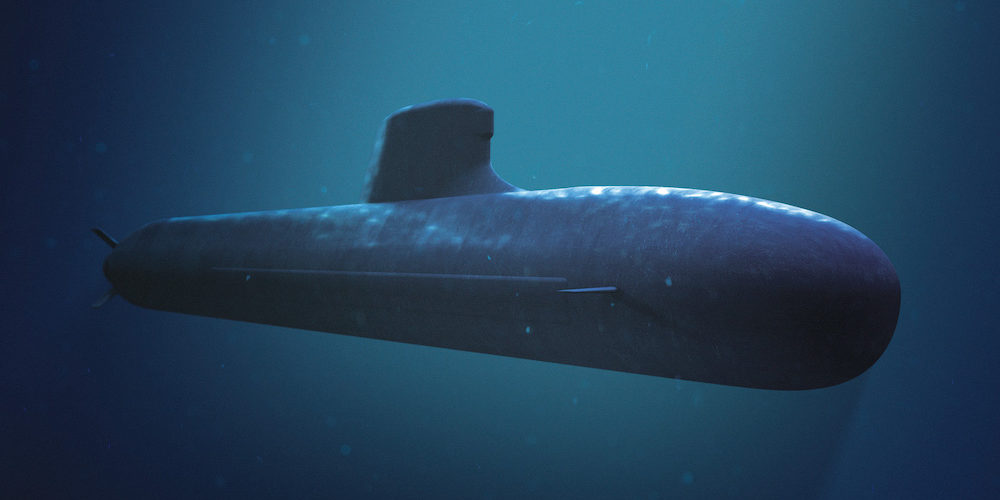 With the design phase of Australia’s new Attack class submarines underway and a new shipyard being constructed in Adelaide, Dr Gregor Ferguson takes a hard look at the project and its many critics. No, nuclear is not an option, cost rises have been exaggerated and the project is on schedule.

The Royal Australian Navy’s Future Submarine project,, SEA1000, has attracted an astonishing amount of comment and criticism, much of it from people who don’t seem to have done the necessary reading, or who are pushing barrows of one form or another.

Opinions and assertions seem to be swamping the facts and leaving an unrealistic impression of the project.

There’s a train of logic that puts us where we are today, and it’s not hard to follow.

Before talking about things like costs and schedules, let’s look at the need for a submarine and then the choice of submarine designer and builder.

Firstly, do we need a long-range submarine with significant endurance? Yes. Our geography is uncompromising: Australian submariners need to travel a long way to get to work and back.

Secondly, should we build or buy nuclear powered submarines, with their proven range and endurance, in that case? No. We are a non-nuclear nation. We don’t have the nuclear industry and trained nuclear engineers we need to support nuclear power stations, re-processing plants and submarines.

Forget about buying or leasing boats from the Americans, British or French, for two reasons: firstly, we couldn’t contemplate leasing one of our critical sovereign defence capabilities from another country – that goes right against the principle of sovereignty. We’d lose control over it, especially if the parent nation was undertaking maintenance.

Secondly, nuclear-powered submarines are critical sovereign assets for the Americans, British and French – they wouldn’t simply transfer a batch of them to Australia as a favour to a mate.

The third step on our train of logic is that we can’t buy the submarines we need off the shelf. Nobody who builds diesel-electric boats faces our geographical challenges, so their off the shelf boats simply don’t have the range and endurance that we need.

There’s no point in buying a submarine that can’t do the job – you’d be better off not spending the money at all. Which means we have to go for a unique design.

So why is it taking so long to get the submarines built?

Well, compared with what? There is no quick way to design a new submarine from scratch. The Attack-class boats are not simply nuclear submarines with a new motor and batteries.

They are an all-new design, with a nuclear boat of roughly similar size and weight as a design reference – that simply means a lot of the structural engineering problems have been addressed already, so the designers don’t need to re-invent the wheel every time they encounter a technical problem. But it still takes time to go through an extraordinarily complex design process.

Besides, the timescale for their delivery was imposed by a previous government which announced a 12-boat program in 2009 and then did absolutely nothing about it for six years – six years that we won’t get back.

Cancelling the submarine project and starting again would just cost us more time, or force us into buying an off the shelf boat that can’t do the job the Navy needs in an attempt to claw back schedule.

As for the project’s schedule, where did the idea spring from that the project is running years late already?

Yes, the Strategic Partnering Agreement (SPA), which is the umbrella agreement under which all future contracts will operate, was signed a few months late in February 2019.

But the $375 million Submarine Design Contract was signed roughly on time in March of that year. An AFS Intermediate Design Review took place in April 2020 and the System Requirements Review was completed on time earlier this year.

The program is on schedule and even the Australian National Audit Office (ANAO), which does Defence very few favours, acknowledges this.

What about costs? Defence hasn’t done itself any favours by tripping over its own tongue on this issue, from what I can see.

The February 2016 Defence Integrated Investment Program (DIIP) stated that the acquisition cost of the submarines was estimated to be around $50 billion, and this price has been used as an estimate ever since – at 2016 values.

Quoting estimates of estimated out-turned prices at then-day exchange rates and dollar values 30 or 40 years ahead has spooked the commentators and raised fears that the project costs are spiralling out of control.

I think the price issue has been beaten up by some and conflated by others, for a few reasons.

Secondly, the 12 boats will be constructed in batches of three or four. Each batch will differ from the one before – it’ll incorporate new technology and design features so it’s impossible to predict the exact cost of each batch and therefore the total cost of the submarine project. This would be the case whichever bidder had been selected.

We do know the basic design won’t change much between batches so the cost of manufacturing the hulls and propulsion systems, for example, should fall significantly as we get better at building them – look at our performance on the 10-ship ANZAC frigate project. It’s the technology inside them that will change regularly – as has been the case with the ANZACs since they were launched.

Thirdly, for this reason nobody was asked to tender a price for building 12 boats. The Competitive Evaluation Process (CEP) was not a tender – it could never have been and critics of the project should read the ANAO report on the CEP, published in 2017.

Defence has refused to disclose the detail of the contenders’ response and has said only that they didn’t vary sufficiently to make one or other of them a compelling bidder. If reports are true, the ultimate choice was made on submarine capability grounds and the French design was judged superior in this regard.

Finally, the DIIP’s project estimate of $50 billion, give or take, was in print well before Naval Group (DCNS as it was known at the time) was selected. Whatever they (and the other contenders) put forward was one component of a $50 billion cost estimate that hasn’t been revised since the selection of Naval Group back in 2016.

The other components include a major upgrade of the construction yard at Osborne and the combat system which is being supplied by Lockheed Martin.

So, the costs haven’t suddenly escalated. The project is roughly on schedule. The Navy’s operational requirements haven’t been challenged, but there has been some woefully unrealistic commentary around the acquisition of nuclear submarines, or the idea of simply cancelling the project and starting again.

Yes, nuclear boats would be nice – and no, we’re not going to get them for at least a generation, in my view. If commentators want nuclear submarines, they should start by convincing our Parliamentarians that we need nuclear power and a nuclear industry in this country.

Starting all over again would simply delay the project. To what purpose? We’d end up with either an off the shelf boat that can’t do what the Government, and Navy, want it to do, or we’d have an interminable wait for another all-new submarine.

Now can we please get real?

Gregor Ferguson is director of Project Alpha Plus, a defence and innovation analyst, consultant and communicator who has worked in the defence media and industry for more than 30 years. His Ph.D is in defence industry innovation.