JobKeeper is quick, dirty and effective: there was no time to make it perfect 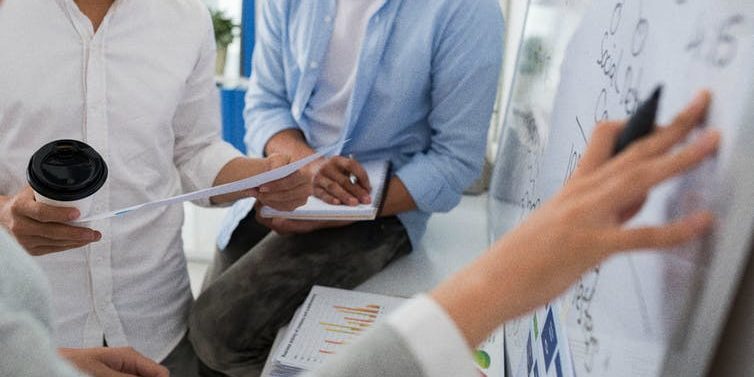 No Australian government has ever spent A$130 billion so quickly.

Last Tuesday, when the Prime Minister announced the government would subsidise six million jobs for six months to the tune of $1,500 a fortnight, the nation’s economists were left speechless.

Today, the government unveiled the legislation to be considered by the parliament tomorrow.

The JobKeeper wage subsidies will give direct support to the worst-affected businesses and jobs, helping to keep the economic damage to a minimum. The package isn’t perfect. But it’s a far better response than had been feared.

It will help keep the Australian economy afloat over the next six months, putting it in a position to bounce back when health officials deem it safe to reopen parts of the economy for business.

It has three key features:

To be effective, it has to deliver on three goals:

Importantly, this means if it’s working well, both workers and employers will get something out of the deal.

At firms that would otherwise have shut down, workers will benefit considerably.

Many workers will get paid more

The $1,500 payment will give them much more than the Newstart payment they would have received if laid off, even the doubled Newstart (now called JobSeeker) which for six months has been paired with a Coronavirus supplement lifting it from $565.70 to $1,115.60 per fortnight.

And for the one third of workers otherwise earning less than $1,500 per fortnight, the JobKeeper payment will be a pay rise. If the subsidy keeps their firm afloat, they’ll keep their job and be paid even more than before for the next six months.

It’s possible those earning more than $1,500 per fortnight will earn less than they did before in pay and benefits, depending on what the government does with the Fair Work Act.

Exactly how it works out for workers who get JobKeeper will depend on the labour market. On one hand, they will be more attractive to employers because their employment comes with a big subsidy that new hires don’t bring with them. On the other hand, they might have few alternative employers to turn to. Jobs might be hard to find.

They’ll get to keep their jobs

Regardless, even if their pay is reduced, their situation will be much better than under the renamed Newstart. And to the extent that cutting their pay helps to keep the firm viable, it will secure a job for them on the other side.

Employers will also benefit. If a business stays open, it will get the benefit of its workers’ labour for free or at a big discount. It might look like corporate welfare, but it’s a feature, not a bug.

A key objective of the scheme is to plug the hole in firms’ revenues to prevent them going under. Most would have been viable if it weren’t for the necessary public health measures governments have taken. Allowing them to fail would mean a pointless destruction of valuable resources.

It was never going to be perfect

Given more time, the treasury could have designed something better targeted, less wasteful. It didn’t have it. The economy has never experienced so sudden a collapse.

But there are a few simple things the government could do to make it better.

It could include short-term casuals and visa holders, and it should take care not to weaken the Fair Work Act.

JobKeeper won’t prevent a serious contraction in the Australian economy, but it should give us a very good chance to bounce back on the other side.

We would like to thank Jeff Borland for his comments on a draft version of this article.