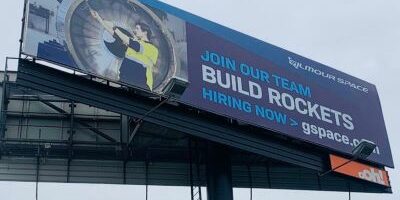 Labor is back in power and that means a return to multi-party summits such as a Jobs and Skills Summit announced by Prime Minister Anthony Albanese this week for the first and second of September.

That will be welcomed by a manufacturing sector struggling with workplace issues ranging from a broken enterprise bargaining system, pressures for wage rises, absenteeism through Covid and – most critically – record job vacancies.

The federal government reckons there is a worker shortfall of 500,000, with some Queensland companies turning to hiring billboards to advertise for staff, such is the shortfall.

PFi group CEO Gavin Dunwoodie told @AuManufacturing: “It is July 2022 and we pay thousands of dollars to be noticed, not for our next client but to find our next candidates, and we need lots of them.

“We are recruiting a minimum of five new employees each week not to mention the dollars we are pumping into our suppliers.”

There are now an astonishing three vacancies for every four unemployed people, compared to the usual one vacancy for every three unemployed.

As ABC business commentator Alan Kohler said tis week: “So you never know, wages might have to go up.”

Despite the Fair Work Commission in June delivering a 5.2 per cent rise in the minimum wage – only slightly above inflation – wages grew by only 2.4 per cent over the year to March quarter 2022.

Still wages growth has been rising in each of the last five quarters.

For Michelle Gilmour, director of Gilmour space, she has more than 50 positions to fill

Gilmour said: “There is no such thing as a rocket engineer in Australia – still we are prepared to train the right people.

“I would not say we are not able to hire people, we are just not able to to find the right people as quickly as we need them.”

With 160 staff at its Gold Coast factory, Gilmour has begun to recruit from overseas for senior roles through the reopened global talent visa program.

The downside of these fast growing companies focus on recruiting overseas is that, companies such as Brisbane’s Evolve Group which is short 60-70 staff, are starting to ramp up growth at its overseas operations, beginning with the US and soon, Europe.

Evolve Group CEO Ty Hermans spoke to @AuManufacturing en route to Europe where he is establishing a new office.

Hermans said: “It is just holding back our expansion, it is definitely a limiting factor.

“Our focus is more and more on overseas…expansion plans.”

While it is easy to be cynical of meetings, Labor summits have achieved significant change in the past – the prices and incomes accord came from a summit and broke the back of punishing inflation in the early 1980s.

Unions agreed to restrict wage demands and the government pledged to minimise inflation, and act on the social wage.

So far from being talk-fests, Labor’s summits can achieve results in very difficult situations. 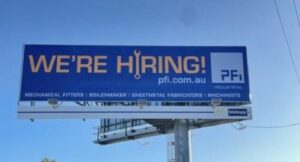