Justice for Bega as Kraft spreads licked in court 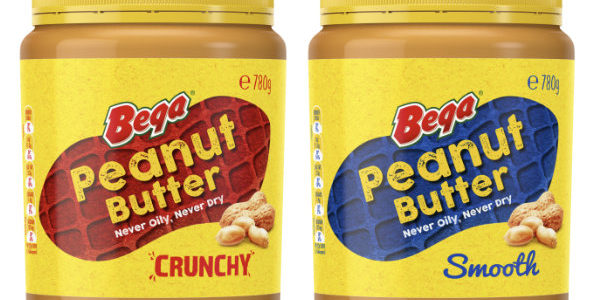 Well there is some justice in the world for small Australian manufacturers facing the might, and dubious business practises, of some major multi-national corporations.

The Federal Court last week decided in favour of Bega Cheese (ASX: BGA) in its case against Mondelēz International over what can only be described as an extraordinary lapse of of basic decency.

In 2017 the local food manufacturer bought Mondalez’s Australia and NZ food and grocery businesses for $460 million, taking over the iconic Kraft Vegemite and peanut butter brands as well as Zoosh and Bonox.

Bega bought Kraft’s historic Port Melbourne manufacturing site and, it thought, the rights to the characteristic yellow, blue and red packaging of its Kraft spreads.

But before long Kraft re-entered the Australian peanut butter market with products packaged in near-identical colours to the original Kraft livery, threatening Bega’s 65 per cent market share and its plans to become a diversified food business.

Then Kraft added insult to injury, taking action in court to prevent Bega from using yellow, red and blue packaging.

It is hard to imagine a group of executives in some Mondalez office sitting round a table and thinking it would be acting in good faith to sell a business and then use such tactics to take it right back – but they did.

In any case Justice O’Çallaghan rejected Kraft’s bid and said Kraft has engaged in misleading and deceptive conduct by using the old colours on its peanut butters.

Bega welcomed the decision while Kraft is considering its position.

To my mind Kraft’s misleading also extended to the public as its new product was made up of only 10 per cent local produce.

Bega by contrast has revitalised the brands it bought launching new variants such as dark roast peanut butters and a Simply Nuts range that is 100 per cent local produce (Australia does not grow enough peanuts to satisfy its own market).

Sometimes, doing the right thing is rewarded and the wrong caught out.

I know I won’t be buying any Mondalez products any time soon.

Bega’s shares climbed nearly six per cent to around $5.30 on the result.

Manufacturing can be the engine of global recovery – here’s how
January 18, 2021