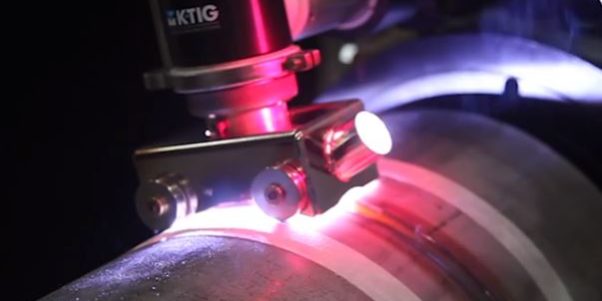 In the past the model for Australian industrial technology companies was to first establish themselves in the local market before venturing overseas which ultimately represents 95 per cent of the potential market.

Few Australian companies manage that jump without being taken over or swamped by international competition, partly because an initial technological lead was squandered in the years spent selling locally.

All that is changed now with companies such as ultra-fast welding technology company K-Tig first establishing themselves with major global customers such as GE and Siemens, and locking in partners in key industries and markets before sweating the small, but nonetheless important home market.

According to managing director Adrian Smith, the former boss of armoured vehicle manufacturer Rheinmetall Defence Australia: “We see ourselves as a global business first.”

One issue here is that welding shops across Australia are typically filled with Philippino or Thai welders and manual welding systems that deliver a rather uniform cost base across welding fabrication – there has not been a huge impulse to automate.

K-Tig is a highly refined, keyhole variation of TIG/GTAW welding developed by CSIRO that creates a single-pass, full-penetration keyhole weld in just a few minutes that would take a manual welder hours and multiple passes to perform.

That much is immediately obvious when seeing a K-Tig welding system in action last week, a demonstration so impressive that the company’s claim that average cost savings by K-TIG customers is between 80 and 95 percent, is easy to believe.

These advantages are now combining in Australia with Covid-19 drying up the supply of 451 visa holder welders.

Smith said: “Our focus has been to move from being a product for early adopters to be a product that is more mainstream.

“We are now rolling out a product which is more for the general welding market.”

The early adopters are in the United States where K-Tig has a partnership with automatic and robotic welding company Key Plant Automation which is targeting the pipeline market.

In the UK they include K-Tig’s partner the Nuclear Advanced Manufacturing Research Centre (NAMRC) where the focus is on welding nuclear waste containers as that country decommissions 17 former nuclear facilities.

Now in Australia the company’s market is moving on from advanced manufacturers such as Axiom Precision Manufacturing in the defence, aerospace and medical devices markets to more general metal fabrication.

Said Smith: “Australia is a lot less automated in the welding and fabrication space than you see overseas.

“But now we are having a lot of Australian companies coming through, and from a lot of different sectors.

“They are having to look at automation.”

Of course K-Tig is not the answer to every question – its use is limited to certain welding positions and it cannot weld copper or aluminium.

Yet if the transition we hope for in Australian manufacturing is ever to be a reality then we have to move on from manual systems in many areas, including welding.

Whether to adopt K-Tig welding technology is certainly a question many SME manufactures should be asking themselves.