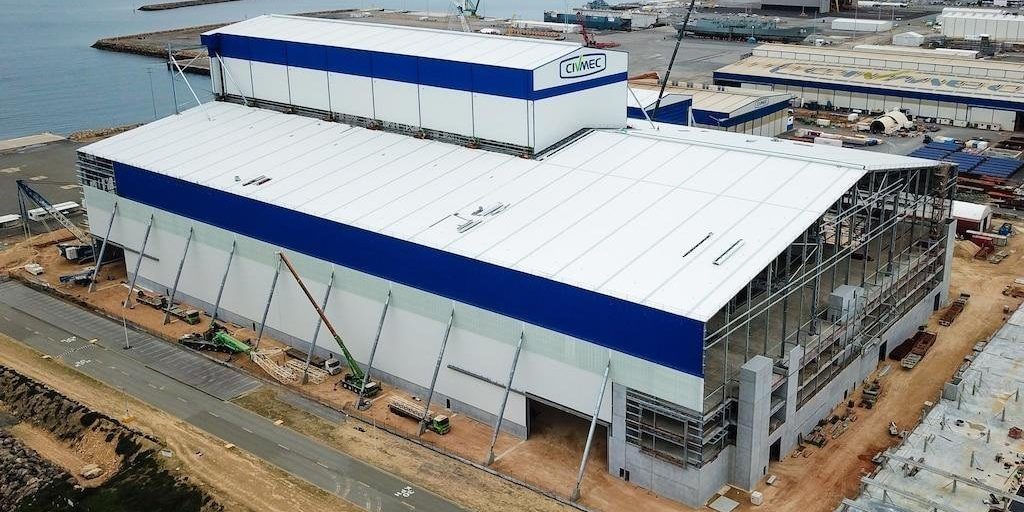 The keel has been laid for the first of ten Offshore Patrol Vessels (OPV) to be built by Civmec at Henderson in Western Australia.

The first two vessels, based on the Lürssen PV80 design, are under construction at the Osborne Naval Shipyard in South Australia, with a further 10 ships to be built at Henderson.

Announcing the milestone defence minister Linda Reynolds said: “This milestone marks the start of the consolidation phase for the third Arafura Class ship to be built in Australia, named Pilbara by the Chief of Navy.

“…Since construction commenced ahead of schedule in March, the Lürssen and Civmec teams have continued to make significant progress on building the blocks that, when complete, will form a 1,600 tonne, 80 metre long OPV.”

The project has created about 400 jobs in Perth and involved more than 300 businesses across Australia.

The government said the build was on track to achieve more than 60 per cent local industry content.