Kim Carr bows out a tireless warrior for manufacturing and innovation 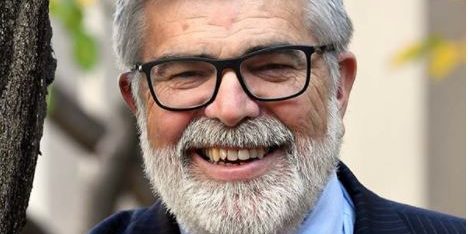 Victorian senator Kim Carr has announced he will not be re-contesting his seat in the senate in the upcoming election, with his departure a sad loss to Australian public life and especially to the battle to value innovation and manufacturing in national policy.

Carr has been rather unfairly characterised by his critics as some sort of class warrior fighting past battles for unionised industry.

But his service in the senate since 1993 – especially his achievement of uniting the industry and innovation portfolios in government which kickstarted collaboration between industry and public sector research – mark him as the outstanding politician of his generation, and the first since Senator John Button in the 1980s and 1990s to shape a forward looking and modern industry policy.

While those who followed Button tended to manage national policy, replicating the industry adjustment policies he pioneered as a response to tariff reduction, Carr moved the policy debate single handed into a new phase.

He emphasised structural adjustment of existing industries to move from dependence on government policy towards transformation that would enable them to be genuinely competitive and profitable without assistance.

In particular his green car plan saw a future for car manufacturing based on technological leadership and productivity – the fact that it did not have a lasting effect was more the result of the attitude of Ford and Holden rather than any fault of Carr’s.

Carr’s innovation systems review by Terry Cutler and TCF industries plan by Roy Green were landmarks in their understanding of modern industry and bold in their ambition for what Australia could be achieved.

The fibre cluster of industries around Deakin University and CSIRO in Geelong is an example of his policies that spawned such companies as carbon fibre road wheel manufacturer Carbon Revolution and the PPK Group of materials companies including BNNT (for boron nitride nanotubes).

Strangely, in bringing research closer to the marketplace Carr did not insist on the creation of an industry impact measure for public sector research, but this was a rare oversight.

Carr did establish a series of industry innovation centres which advised government – a partial response to the abolition of the Bureau of Industry Economics which previously advised government on manufacturing and innovation among other sectors. (BIE had been a real-industry viewpoint counterbalancing the economically dry advice of the Productivity Commission).

But his greatest achievement was that Carr and PM Kevin Rudd were probably the last policy team to actually mean what they said when they claimed what all governments have done in recent times – that they did not want to live in a country that did not make things.

That his legacy in the industry portfolio did not outlast him – especially in the revolving door of seven coalition industry ministers in the past nine years – is no criticism of Kim Carr.

I should say the only exception to the LNP’s trashing of the industry portfolio is that of Ian Macfarlane, but overall their record is more Joe Hockey with his taunting of the car industry and the disgraced Christian Porter than it is of Macfarlane.

Of course not everything Kim Carr tried worked out – he did not succeed in replicating the UK Catapult and German Fraunhofer centre model in Australia.

However he deserved in his final years on the back bench to be more appreciated, and more listened to than many give him credit for.

It is to be hoped that should there be a change of government as appears likely at the upcoming federal election, that something of Carr’s vision remains in the Labor party – we need it more than ever now.