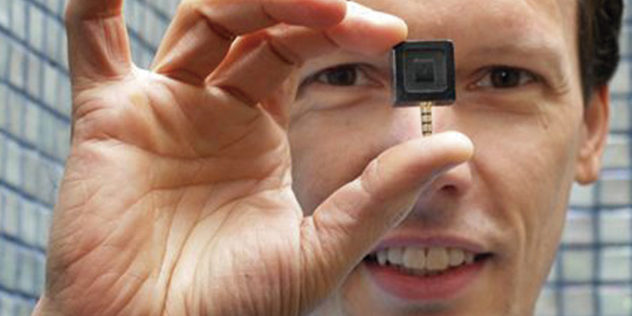 The emphasis in recent times on “disruption” is unwarranted, the co-founder of Square told a Q and A session last week, and it was more productive for companies to focus on inclusion.

Speaking at Solidworks World in Dallas, Jim McKelvey said, “I don’t know how we got started talking about disruption. I think that’s Clay Christensen’s fault,” mentioning the influential academic, author of The Innovator’s Dilemma, and inventor of the concept of disruptive innovation.

Disruptive innovation has been described as “a process by which a product or service takes root initially in simple applications at the bottom of a market and then relentlessly moves up market, eventually displacing established competitors.”

“But disruptive innovation is too many syllables,” added McKelvey.

“So over time it got shortened to ‘disruption’. And over time people stopped questioning the value of what they were doing and said ‘anything that destroys something that is an incumbent industry is good…

“Disruption is a stupid thing to focus on. If your job is to sit there and say ‘I’m going to destroy some business model,’ I think that is completely the wrong focus.”

He cited the difficulties of the journalism industry as an example where the “disruption” of an industry hadn’t necessarily provided improved outcomes for society.

The broad-ranging session also covered topics including the overuse of the term “artificial intelligence” by startups, his passion for and former career in glassblowing, and how easy it was for an idea to be made into a product nowadays. He cited users of his makerspace in St Louis, some of whom were designing airplanes. For those with ideas, access to design tools and physical tools has never been better.

McKelvey co-founded Square with Jack Dorsey in 2009, and has founded companies including LaunchCode and Invisibly. Square makes hardware and software allowing individuals and businesses to accept payment on smartphones and tablets. Its market capitalisation is over $US 31 billion.

His advice for entrepreneurs with the next great idea for a product? Know how to make it yourself, citing his own work physically building the Square reader.

“Get a mechanical engineering degree,” he advised, suggesting that those who can’t build their own products are at a big disadvantage.

“ When you go into a room and you don’t know anything, with the people who do, guess who’s going to run that meeting?”

@AuManufacturing attended Solidworks World 2019 as a guest of Dassault Systemes.