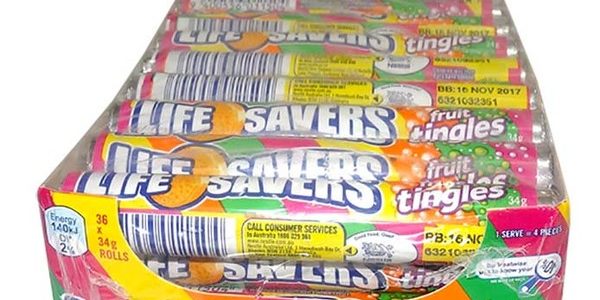 Australian production of Life Savers has begun at Darrell Lea’s Ingleburn factory, following the acquisition of the brand from Nestle.

The ABC reports that production had moved from New Zealand this week. Equipment had been shipped from the former New Zealand site and installed, and an extra 21 staff has been hired to run the line at the factory in Sydney’s south-west.

The Life Savers brand returned to Australian ownership last year, with Darrell Lea announcing in September it had acquired Life Savers and brands including Heards, Black Knight and Mackintosh brands from Nestle. Life Savers was established in 1912, but production moved to NZ in the early 2000s. Darrell Lea plans to revitalise the brand, and will relaunch it in September.

“We’re a business that wants to grow and will grow through organic growth, but also acquisition,” Life Savers marketing manager at Darrell Lea, James Byrne, told the ABC.

“We’ve got experience within this business of turning around brands that haven’t been doing well.”

Confectioner Darrell Lea went into voluntary administration in 2012, before being acquired and turned around by the Quinn family and sold to Quadrant Private Equity last year.

The acquisition of the Nestle brands was announced in September last year, not long after Quadrant bought Darrell Lea for $200 million.

“Nestle approached Darrell Lea about a portfolio of brands they were looking to divest, and we saw it as a great opportunity,”  Darrell Lea chief executive Tim York said at the time.

Subscribe to our free @AuManufacturing newsletter here.
By EditorApril 12, 2019