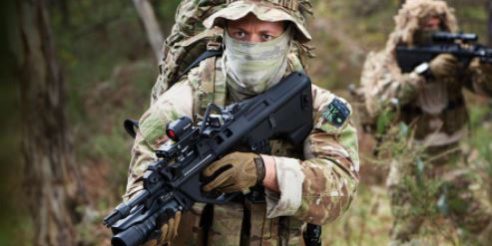 Lithgow Arms, part of the global Thales defence group, already exports its CrossOver and Woomera firearms to 14 countries and anticipates growth in export markets and Australia of 300 per cent within the first two years, creating a possible 40-50 new jobs.

“Phase one of the new development will integrate both traditional precision manufacturing and digital technologies, including 3D printing, and the installation of automated electro-plating and other metal treatment capabilities.”

The new development will also include a new purpose-built live firing range and research and technology development in design, development and precision manufacture of next generation weapons systems for the Australian Defence Force sporting shooters markets.

Since 1912 Lithgow has supplied everything from the .303 to today’s LA101 CrossOver to the ADF, with the EF88 rifle under development.

More than $75 million has been invested at Lithgow over the past decade to modernise the Lithgow site, with 140 currently employed

Lithgow Arms and OSA have been working together for six years, according to David Fuller, principal of Outdoor Sporting Agencies.