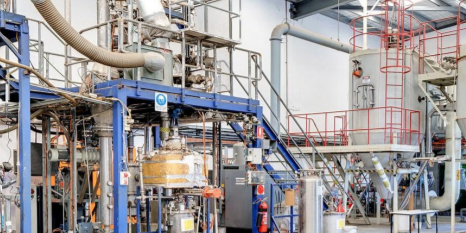 The dream of a sophisticated processing and final products industry based on the key battery metal, lithium, is finally taking shape with a major player Perth’s Lithium Australia group.

Uniquely, the company is not only developing a number of lithium mineral deposits here and in Europe, but is pursuing a vision for a complete local lithium supply chain from mining to value-added product production and recycling.

This week Lithium called for expressions of interest to advance commercialisation of its LieNa process for extraction of lithium from difficult hard rock resources – essentially today’s mine wastes.

Originally developed with the Australian Nuclear Science and Technology Organisation, the company has spent $12 million on R&D to date proving the process.

Now it will build a pilot plant to scale up in a project partly funded by a Cooperative Research Centres Projects grant.

In short it has become a lithium processing technology powerhouse, with the common theme the development of disruptive technology to create value-added products.

Lithum Australia is not the only battery kid on the block.

In Perth FYI Resources is building a refinery for high purity alumina used as a coating for battery separators, and Covalent Lithium is to construct a lithium hydroxide refinery.

The two plants are part of a ‘battery valley’ developing at the Kwinana industrial zone south of Perth.

All this gives hope that for once, value-added battery chemicals and metals might be one extractive industry that Australia doesn’t just leave to others.