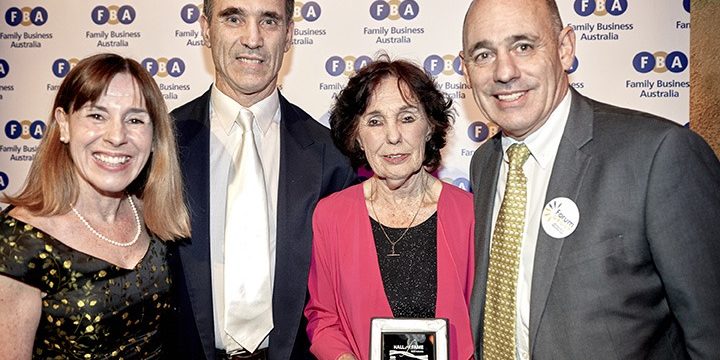 Managing Director, Steven Hyde, accepted the accolade with his brother, Jeffrey, before an audience of several hundred at a gala event in Melbourne. In his acceptance speech, Steven thanked his staff for their contribution towards the success of the company, referring to them as “part of the extended Hyde family.” He also paid tribute to TrendPac’s non-executive director, Wayne Hughes, and Family Business Australia (FBA) for their support and guidance over the eight years that he has been a member.

Family run businesses account for 70% of all businesses in Australia with 1.4 million operating in this country. With research indicating that more than half of all Australians prefer to buy from or do business with a family run business, it is important for business owners to understand how to leverage that advantage while managing the unique challenges that come with running a family business. FBA has been helping Australian family businesses navigate those opportunities and challenges for more than twenty years.

TrendPac was co-founded by Steven’s father, Jim, in a small factory unit in Sydney’s Northern Beaches in the early 1960s. The company has since evolved from a two-man operation mixing products in 44-gallon drums for hairdressing salons to a one-stop shop contract manufacturer of around 180 non-food products (predominantly private label) for a number of national retail clients and brand owners, including ALDI, Coles and Woolworths. Steven has been on board since 1989, but frequently helped his father in the factory when he was at school. Like many family businesses, he grew up alongside the business and knows his father,who passed away in 2008, would be proud of what the company has achieved,including this latest honour. TrendPac now employs more than two hundred, predominantly Central Coast locals, including several with more than 25 years’service.

Steven is also the Chairman of Central Coast Industry Connect and says the group gives the sector, which includes suppliers, manufacturers and industry bodies, one united voice to strengthen business opportunities on the Central Coast.

This article originally appeared at Central Coast Industry Connect. It has been reproduced with permission.

Manufacturing news briefs – stories you might have missed
February 25, 2021

Health food #manufacturer @ATPScience1 says it will boost staff by 33 and reach new markets through a $3.2 m investment in new factory equipment. The company earned a $1.6 m grant under the state government’s Made In Queensland program.