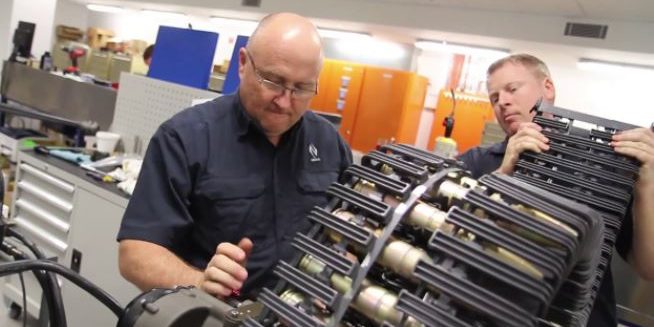 The two companies will work together to grow the capability of Remote Weapon Stations from EOS, and weapons systems, advanced ammunition and support from NIOA.

“Working alongside EOS, NIOA will increase Australian Sovereignty across the EOS offerings for Remote Weapon Stations. NIOA welcomes all opportunities to advance the capability of the Australian Defence Force.”

The two companies described their agreement as a potent combination that would benefit Defence’s intelligence, surveillance and reconnaissance (ISR) and lethality advantages on the battlefield.

EOS Defence Systems CEO Grant Sanderson said: “The NIOA and EOS agreement will allow for the mutual pursuit and capture of remotely controlled lethality opportunities within Australia and the region.

“NIOA’s reinvigoration of munitions manufacture at Benalla provides our customer sovereignty over ammunition supply and expanded opportunity to increase the firepower available to the ADF.

“The cooperation of EOS and NIOA on current and future advanced weapon systems will support the ADF’s adoption of advanced remote and autonomous systems.”

Electro Optic Systems has been highly successful in the RWS market, manufacturing and delivering more systems globally than any other defence contractor, including a $400 million export contract to the Middle East.

Queensland-based NIOA is investing $130m in domestic munitions and explosives manufacturing over the next five years, including a $60m artillery shell forging plant in Maryborough, Queensland with joint-venture partner Rheinmetall Waffe Munitions.

It is also upgrading the Commonwealth Government-owned Benalla munitions plant in Victoria.

The company has contracts to modernise the army’s weapons systems and provide future artillery ammunition needs.