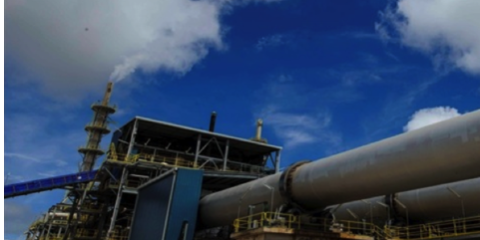 Rare earths producer Lynas Corp is confident of a future operating in Malaysia following the extension of its licence to operate by six months.

However the company has yet to receive further approvals following concerns abut radioactive wastes, including for an application to increase production from the troubled plant.

Production levels were subdued during the latest quarter, following a shut down in Malaysia required by the Malaysian government.

The update said: “We continue to work with the Malaysian regulator to gain approval for the production uplift based on new environmental impact assessment related to these matters which we completed earlier in the year.

“If approval is received this quarter, we are well placed to immediately ramp up production rates.”

Lynas is the only significant producer of some rare earths outside China with its operations based on the Mt Weld mine in Western Australia.

The company operates a concentration plant at Mt Weld for Neodymium, Praseodymium, Lanthanum, Cerium and mixed Heavy Rare Earths, a technical office in Perth, and an advanced materials plant at Kuantan, Malaysia.

The Mt Weld concentrator is a flotation plant designed to process 240,000 tonnes per annum of ore to produce up to 66,000 tonnes of concentrate.

Lynas has announced its intention to build a heavy rare earth separation facility and is finalising a detailed study of a proposed investment.

Demand for Lanthanum used in automotive catalysts was strong.