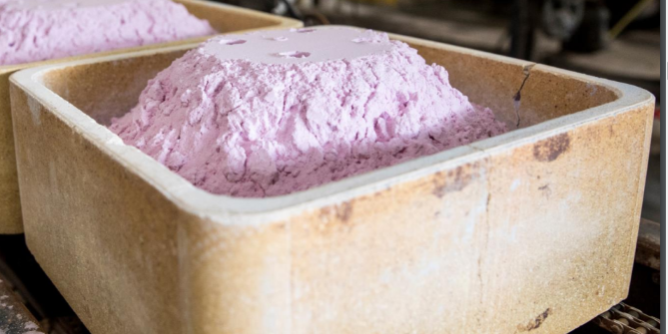 The world’s biggest producer of rare earths critical to the production of permanent magnets used in electric vehicles, electric motors, computer drives, medical devices and defence equipment is to ramp up the speed and size of previously announced production increase.

Lynas Rare Earths has previously announced a 50 percent expansion of its Mt Weld mine and processing plant in Western Australia to 12,000 tonnes of neodymium and praseodymium (NdPr) concentrates a year.

Now further expansion plans have been developed to add an additional 2,400 tonnes output in 2025.

Investment will be made at every stage of production from increasing feedstock availability, to upscaled processing equipment, efficiency improvements and enhanced sustainability that will provide a platform for even further expansion.

Lynas CEO Amanda Lacaze said: “The rare earths market is growing at pace as the world transitions to new energy technologies such as wind energy and electric vehicles.

“Lynas has a decade long track record in responsible rare earths production and the $500 million Mt Weld expansion we are announcing is designed to ensure we continue to grow with the market as a supplier of choice.”

As companies and nations move to take control of these mineral supply chains currently dominated by China, Lynas is also involved in other major expansions.

The company is building new processing facilities in Kalgoorlie at a cost of $500 million which will feel its mantels production plant located in Malaysia.

It is also constructing two processing facilities in the United States, partially funded by the US government.