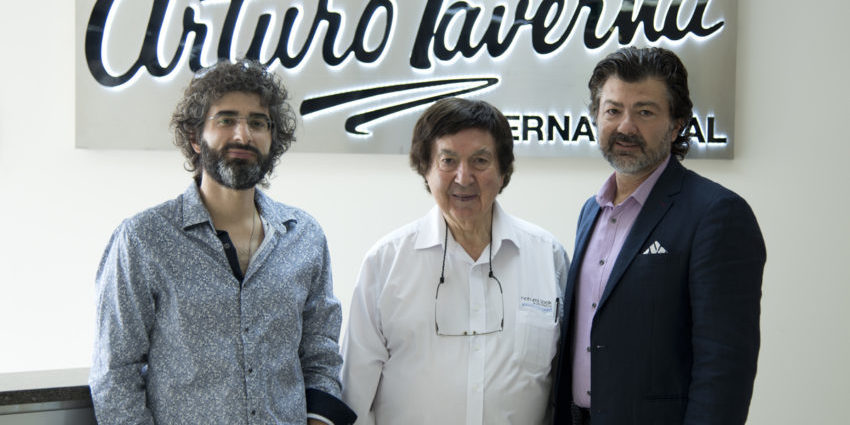 While some are traditional manufacturers increasing production, a number of distilleries are also filling the void to supply emergency services and health staff as they try to slow the spread of COVID-19.

Before demand spiked in Australia last month, the company was scrambling to fill export orders for countries reeling from the effects of COVID-19 but now director Andrew Taverna said Artav Australia was doing its best to only supply Australian clients from its Regency Park factory.

“From the moment we heard there was a need here we have moved production to supply locally,” Arturo’s son Andrew Taverna said.

“The problem is we are struggling to get vital ingredients, so if we can only produce small quantity at a time we are trying our best to prioritise the product between the most in need.”

A second shift has been added at Taverna’s family company Artav Australia to fuel the production increase as coronavirus empties Australian warehouses and supermarket shelves.

The company has also reduced production levels of some of its other hair and beauty lines so it can focus on its its Dispel sanitising products.

It now employs 60 staff and Taverna said it was committed to retaining and employing more people as many businesses closed their doors with new social distancing rules around the virus. 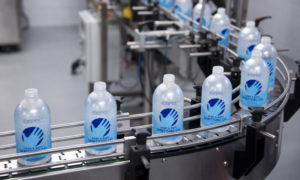 “For us the importance of doing business is two-fold, we want to get as much product as we can produce to the most important places,” Taverna said.

“We’re trying to understand and to identify the key places to provide our disinfectant and hand sanitiser.”

Hand sanitisers and facemasks are selling out globally as consumers try to protect themselves from the spread of the virus. Other companies and distilleries that did not previously produce hand sanitizer have also pivoted to produce the in-demand product.

Taverna, whose father Arturo is well-known for running up to 30 hair salons throughout the state in his heyday, said it was important to recognise sanitisers and disinfectants being sold meet strict Australian standards.

“And if we can also provide products to businesses that help them keep their doors open, it’s important to know what effects that has on keeping people in jobs,” Taverna said.

The factory has a reverse osmosis water filter plant with UV sterilisation that can produce about 25,000 litres of water per batch as a base for the products.

Taverna said the struggle at the moment was in meeting demand, with production reliant on sourcing of bottles, caps and some ingredients.

Several South Australian distilleries have also begun making hand sanitiser with some using the leftover “heads and hearts” of alcohol from the gin distilling process.

Adelaide gin distillery Prohibition Liquor launched its hand sanitiser in mid-March to fill a gap created from the drastically increased demand for hygiene products, and a personal obligation to do “the right thing” during the coronavirus pandemic.

Their initiative and a subsequent approval from the Therapeutic Goods Administration (TGA) has paved the way for an avalanche of other national liquor and food and beverage manufacturers to join their ranks. 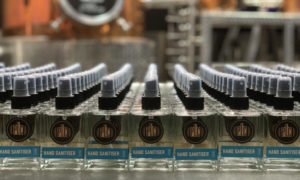 Prohibition Liquor has made hand sanitiser from alcohol leftover from distilling runs.

“The efforts have been likened to wartime enterprise,” says Prohibition Liquor co-owner Adam Carpenter of his company’s adaptation to hand sanitiser.

“We are doing this because we can and we know the country needs it.”

Their initial run of sanitiser ran out after two days but they’ve since been churning out the product in bulk and supplying it free to customers with the purchase of alcohol, and also to South Australian police and health professionals fighting the disease head on.

“If you’d asked me a few weeks ago would we ever make hand sanitiser I would’ve laughed at you… but currently it is saving our little gin business,” Carpenter said.

“I’m getting messages from the police force and health officials today, saying we really saved them, as the entire force was out of this essential product.”

Salisbury cordial and beverage manufacturer Bickford’s is also helping to fill the shortfall.

Last week Bickford’s announced it would begin manufacturing hand sanitiser with an initial production run of 60,000 250ml bottles to address a national shortage.