Manufacturing decline leaves Australia in the third world of exporters 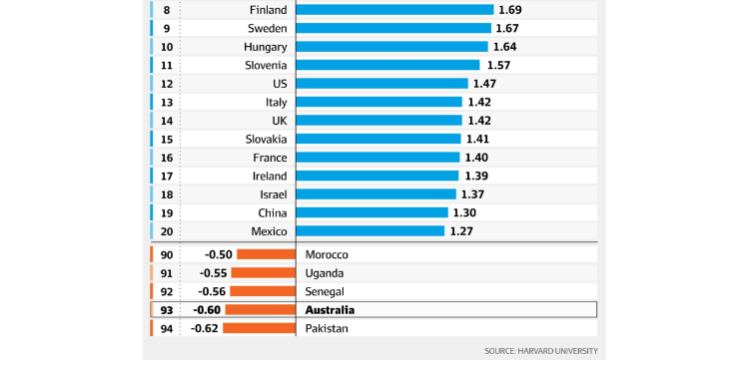 It is now official.

Australia now has the economic diversity and export profile of a typical third world nation.

Our antipathy to value-adding activities such as manufacturing in favour of industries that require little more than digging it up and shipping it out, has left us dangerously dependent on quarrying.

According to figures from Harvard, Japan has the world’s most complex economy reliant on products involving the creation of intellectual property and the application of skill.

These are the products that are most resilient in times of economic downturn, recession and depression. This is a country whose industry structure guarantees the future wealth of its citizens.

Australia by contrast has one of the world’s least complex economies, its fate to be a price taker, sinking or swimming on the vagaries of global markets for utterly undifferentiated commodities.

In recessions and depressions it is the producers of iron ore, coal and gas that suffer the most.

And we are the ‘developed’ country uniquely with the industrial complexity, and hence economic resilience, of a third world, under-developed nation.

As you can see from the data, our economic peers are nations such as Uganda and Senegal, our economic ‘success’ revealed as a mirage based on the shifting sands of a resources economy.

Rather than a smart nation, or an innovation nation as politicians would have it, we are uniquely a land of the lotus eaters, wallowing in an undeserved economic security.

And we have been here before.

In around 1910 our export profile was as it is today, and we set about industrialising and building our educational and research capabilities.

This protected the nation during world war two, and ushered in an era of unprecedented wealth, and then dangerously, brought a slide into complacency.

We have thrown so much away – will we ever wake up to our own lost potential? 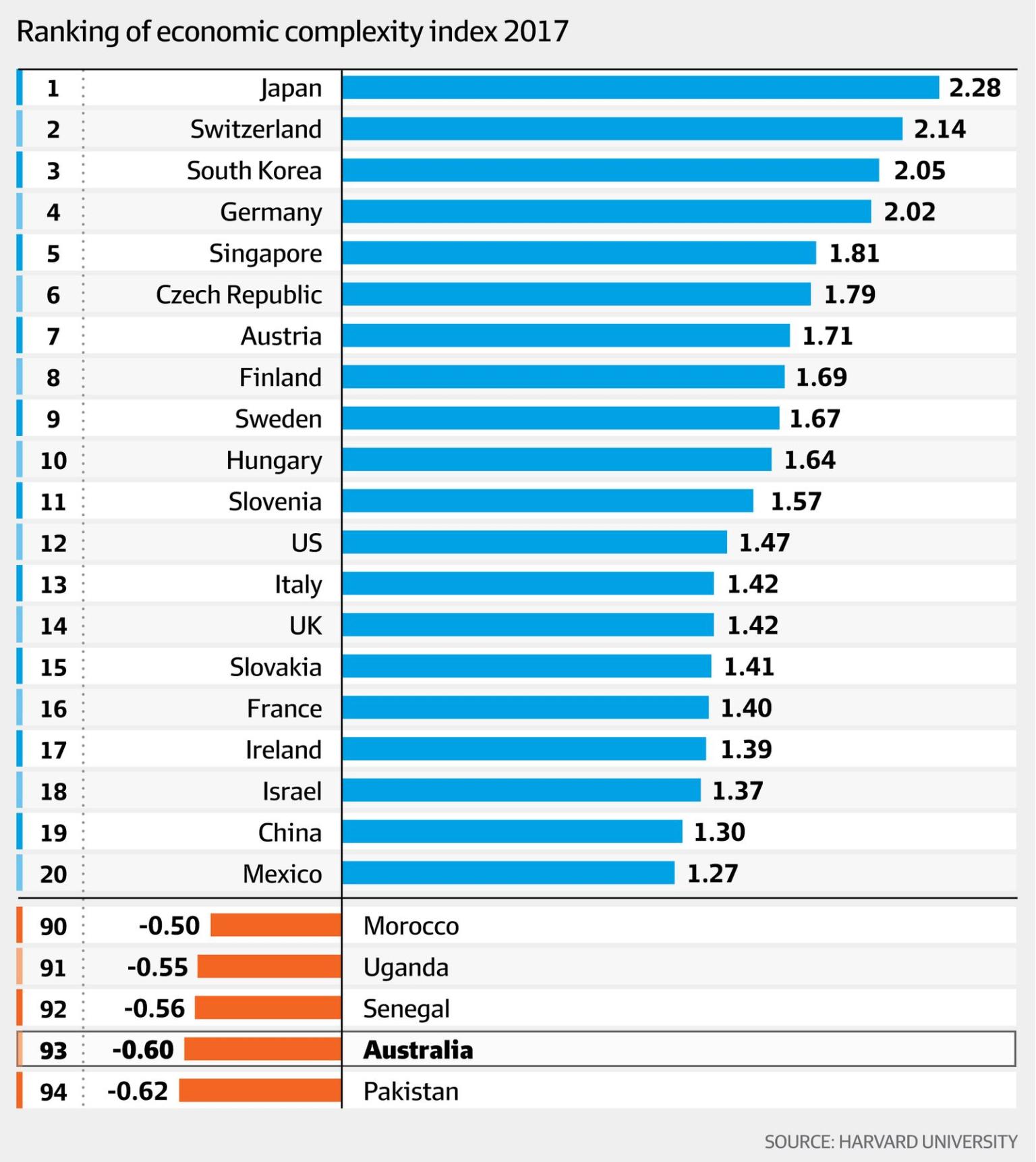