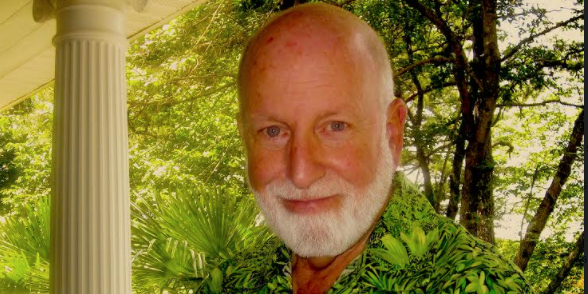 A green hydrogen economy looks more likely to develop every day. Here Stan Thompson, Co-founder of the Mooresville Hydrail Initiative, compares the advent of hydrogen to that of electricity, and asks who will manufacture all the components, tools, test gear, safety apparatus and as yet unanticipated ancillary hardware needed for the new soft grid?

While the emerging hydrogen transition as currently viewed will create vast opportunities in manufacturing, zoom out a bit and less obvious attractive niche opportunities come into view.

Hydrogen, with its pertinent apparatus, can best be understood, not as a fuel alternative, but as a major enhancement of the electrical universe.

In a way, it is comparable to AC’s expanding energy’s geographic reach. Hydrogen electrochemistry’s ability to transport and store energy simultaneously extends power’s reach in spacetime.

Smart grids are wonders of technology in their precise matching of loads with capacity, though at a considerable cost. But, as up scaling evolves, hydrogen technology will simply diminish the need for precise smart grid matching.

Electrolysers and fuel cells are the new analogues of Tesla’s step-up and step-down transformers. HC is to AC as AC was to DC.
They are also, perhaps, a new type of transducer. Per Oxford Languages via Google, a transducer is “a device that converts variations in a physical quantity, such as pressure or brightness, into an electrical signal, or vice versa.”

Instead of converting an information-bearing signal, hydrogen converts electricity to and from matter to optimize handling and timing.

Before very long, power engineers will be conceiving those transitions in and out of hydrogen with the same reflexive attention as when they reach for an inverter when AC is wanted or a rectifier for DC.

Envision a high-tension transmission line on pylons, stretching across the Outback to the horizon. Now try to envision it in 2130.

I picture a half-metre diameter blue plastic pipe buried so that no trace disturbs the surface of the land.

If you see something like that too, try to envision all the components, tools, test gear, safety apparatus and as yet unanticipated ancillary hardware needed to get from today to then.

Hydrogen can also be rendered as a fuel, to be sure. But a day is coming when, to kids viewing history texts, simple H2 combustion may seem as odd as chopping up the living room furniture to stoke the fireplace.

I can see—even admire—giving the name “fuel cell” to the familiar H2-to-DC transducer to help folks understand its workings originally. But, in the self-serving light of hindsight, that’s proved very unfortunate, entangling the sunset of fuel extraction with the dawn of the spacetime soft grid era.

They are very different. For one thing, fuels are interchangeable. For years, the enormous three-unit steam plant—two miles from my home and built for coal—was the most efficient thermal plant in the United States.

As I write this, its conversion to natural gas is nearing completion. Its coal ash, captured and stored in vast ponds by Federal mandate, has fuelled a political and environmental brouhaha.

That masses of matter— H2 —will now routinely be made into energy, effectively leaving no residue, is a profound development for industrial civilization.

Real fuels always leave something behind. That’s why fuel cells are a misnomer. They combine hydrogen with oxygen and expel water. But that pure water simply disappears into the ambient environment and, for practical purposes, is no more. That’s not true of any literal “fuel” I know of.

The new soft grid is as component-hungry as the Industrial Revolution was steel-hungry during its dawn. Now is a great time to be a manufacturing professional—provided the lay public is allowed to “get” the true hydrogen picture.

General media tell the public ad nauseum “it’s the fuel of the future”…“the oceans are full of it so we can never run out,”…“It’s the most abundant element in the universe”…all as if hydrogen were, like a fuel, consumed and depleted through use.

Of course that’s absurd: to recapture the energy stored or moved as hydrogen, exactly as much water is produced as was electrolysed to make it. Abundance has no bearing whatsoever on the hydrogen transition.

But if the necessary investors, customers, vendors, engineers, regulators, consumers, environmentalists and enlightened legislators are ever to understand and speed the soft grid market into being, the mythology that’s held hydrogen under water for a decade must be confronted and refuted repeatedly in the public press.

As the cornucopia of soft grid components, tools, materials and paraphernalia comes to market, will it come from China or Korea or be home-grown?

That will be determined by how soon, and how accurately, Australia’s general public becomes familiar with the non-fuel, electrical nature of hydrogen’s most important attribute — its electrical spacetime capability.

Stan Thompson is an American and former company futurist for BellSouth Telecommunications (now part of AT&T). He is a proponent of Hydrail, an electric rail transit system powered by hydrogen fuel cells. Stan has spoken internationally on hydrail and today lives on Lake Norman in North Carolina.