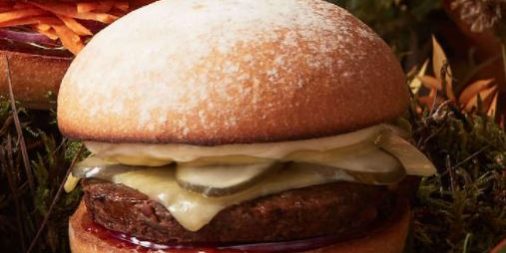 The US Food and Drug Administration has recognised Nufarm’s Nutriterra Total Omega-3 canola oil as a safe, new dietary ingredient. Marketed by Nufarm’s Nuseed Nutritional subsidiary, the announcement opens up new markets for the company, according to CEO Greg Hunt. “The FDA’s acknowledgement along with our recently completed human clinical trial allows us to progress our plans to expand into the human nutrition market and meet a growing demand for plant-based omega-3 essential oil options.” The human trials showed ready absorption of long-chain omega-3s including DHA and EPA and short-chain ALA. Nufarm already sells its Aquaterra version as a fish feed, supplementing omega-3 oils available from the ocean.

A company which is selling mushroom-based ‘meat’ substitutes, Fable Foods has raised $6.5 million in seed funding. The company has been backed by Blackbird Ventures, Aera VC, Better Bite Ventures Ban Choon Marketing and venture capitalist Warren Hogarth. The company makes beef and pork-style products and ready to eat meals from shiitake mushroom stems, and sells in Singapore and the United Kingdom as well as in Woolworths and Coles. Fable supplies a mushroom-burger patty to the Grill’d chain (pictured). The funds will ramp up R&D and production at the Sunshine Coast company.

Chemistry technology company Alexium International has successfully commercialised its BioCool additive for improving the performance of bedding textiles and foams. After a year of R&D the product has been readily taken up by the market since its launch in April this year. BioCool now makes up 48 per cent of Alexium’s revenues from mattress makers which totalled US$5.3 million in FY2021. The company said this demonstrated the significance of eco-conscious products in the US bedding market.

French arms manufacturer Thales Australia has developed a professional accreditation scheme in association with Engineers Australia following legislative changes in Victoria and New South Wales. The company will validate the credentials of its engineering workforce and will have about 250 chartered by the end of 2021. The state legislation requires the registration of engineers in the two states, a requirement which was missing previously.

Advanced materials company Archer Materials has achieved patent protection for its CQ quantum computing chip in China and South Korea. The company sees the protections as a step forward in key markets where patents are numerous for its qubit processor which operates at room temperature. Archer is still in the R&D phase of development and is still proving and characterising its ability to store information at a sub-atomic level.

Cannabis product company Cann Group is moving ahead with plans to register its first product in a planned portfolio of medicinal cannabis products in Australia. The company announced it had ended its collaboration agreement with Emyria Ltd to develop Cann’s proprietary Gelpell microspshere technology and would now resume development internally. Cann bought the Gelpell technology as part of the acquisition of Satipharm in March, and plans Satipharm CBD 50mg capsules as the first product to be available to Australian consumers.