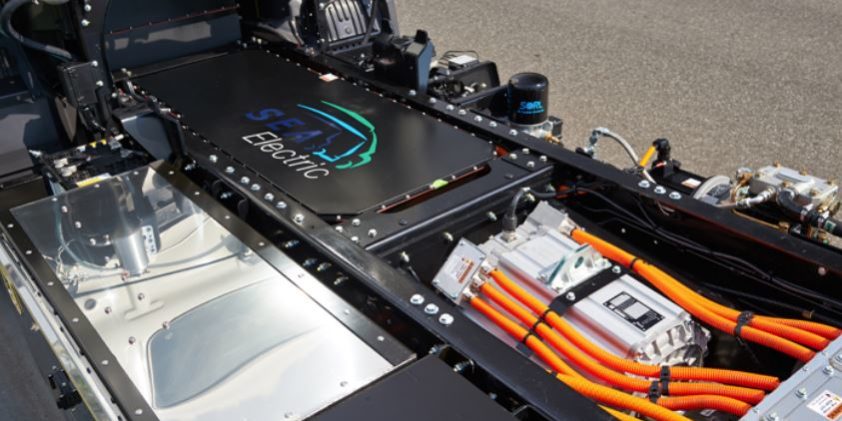 Australian electric vehicle drive manufacturer SEA Electric will display four Ford and Hino-based electric trucks and vans at the Ride & Drive experience scheduled for Long Beach, California in September. The vehicles feature the Melbourne-made electric SEA-Drive Power System (pictured), which are fitted to chassis in the United States. The company is building a truck assembly operation in the La Trobe Valley. SEA Electric, which recently moved its headquarters to Torrence, California, is partnered with Toyota offshoot Hino Trucks USA for its ‘Project Z’ zero-emissions range of medium and heavy-duty trucks.

a2 Milk down in Covid year on China woes

Specialist milk products supplier a2 Milk suffered a 30.3 per cent drop in revenue in FY21 to $1.21 billion as English label infant nutrition sales channels were disrupted by the Covid-19 pandemic. Margins suffered as the company was forced to sell a higher proportion of liquid milk and less infant nutrition product. Earnings before interest tax depreciation and amortisation was down 77.6 per cent to $123 million, including $109 million in stock write downs and $10 million spent acquiring Mataura Valley Milk. Net profit after tax was $80.7 million.

Aerospace composites manufacturer Quickstep slipped into losses in the year to June 30 despite increasing revenues by 3.4 per cent to $85 million. The Sydney company reported earnings before interest and tax of $98,000 for the year compared to a $4.6 million profit the year before. The company recorded a loss after income tax benefits of $271,000, a $4 million downturn from FY20. Quickstep booked a $2.8 million charge related to a customer not proceeding with an order for an aircraft flare housing, and a gross profit fall of $2.7 million relating to adverse movements in the value of the dollar – much of its sales are denominated in US dollars.

EXPLOR Space Technologies and UTS Sydney have joined together to create a remotely controlled robotic arm that can be operated on the Moon. The partners envisage the arm attached to a mining rover on the Moon but operated utilising virtual reality from Earth. Other partners include Stardust Technologies and ispace Europe SA which would transport the rover to the Moon. The parties plan to apply to the Australian Space Agency for support.

Medical device and digital healthcare group Adherium’s R&D programme with Planet Innovation has achieved 510 (k) registration under the United States’ Food, Drug and Cosmetic Act for its digital respiratory medical devices in preparation for sales in the US. Adherium’s Hailie technology to remotely monitor patient usage of inhaled respiratory drugs used to treat conditions such as asthma is also being further developed for other conditions. The company, which reported a $15 million loss from ordinary activities for the year to June 30, also piloted a ‘zero touch’ feature which allows patients to connect the sensors with improved Bluetooth connectivity. Adherium raised $21 million in the year from Viburnum Funds.