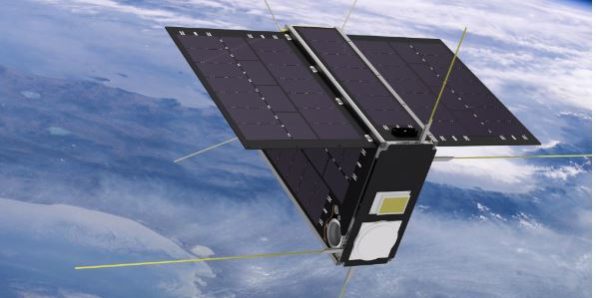 SA satellite to be named Kanyini

The South Australian government has announced that the state government’s new satellite, now under construction, will be named Kanyini (pictured). Premier Steven Marshall said the $6.6 million satellite would carry the name nominated in a statewide competition by students from Findon High School. Kanyini is a word in the Pitjantjatjara dialect and is the indigenous principle of connectedness through caring and responsibility. The SmartSat Cooperative Research Centre (CRC) is leading the mission and application prototyping, with Adelaide-based satellite manufacturing company Inovor Technologies designing and building the satellite and SA company Myriota contracted for the Internet of Things (IoT) space services. Kanyini is timed for launch in 2022.

CRP Industries has announced its acquisition of Taurus Belt Scrapers, a leading manufacturer of Conveyor cleaning equipment used in the mining industry. “Our acquisition of the Taurus division of Ansquip Pty. Ltd., allows for diversification of our products,” it said.

Australia’s health innovators made up of Research Australia, Medicines Australia, AusBiotech, and the BioMelbourne Network have issued a statement strongly supporting the introduction of a Patent Box tax concession. The groups said a Patent Box proposed by the federal government
to provide a lower tax rate for income derived from commercialising Australian intellectual property (IP), could ensure Australian discoveries in health are developed here. The groups said the UK’s patent box provides a model for Australia which is superior in many ways to the model proposed in the Australian Treasury’s Discussion Paper.

Electrochemical test developer Universal Biosensors has reached an agreement for Peter MacCallum Cancer Centre to supply patient samples which will be used to develop a hand-help cancer biosensor for the Th Antigen. Peter Mac will supply samples collected from colorectal, breast and prostate cancer patients with tests to confirm the presence of Tn in multiple cancer types to follow. Universal aims to develop a sensor to monitor a patient’s cancer status – whether in remission or reoccurring. The company’s major business is in sales of its Sentia wine testing device which tests for sulphur dioxide, glucose, malic acid and other components of wine.