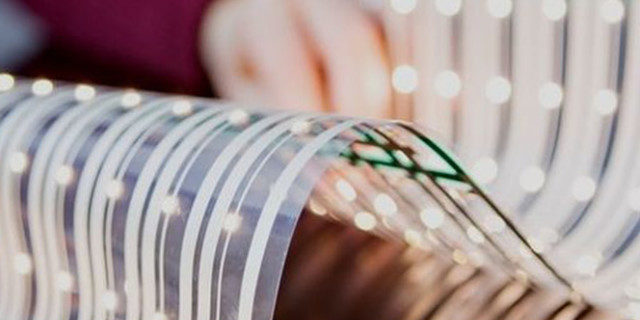 Strategic Elements creates battery that charges itself from air

Investment group Strategic Elements has succeeded in producing a milliamp of electrical current from a battery utilising only the humidity in the air. The company’s prototype battery ink cells (pictured) produced 100mAh of electric charge when run over three days, the company reported. Strategic Elements successfully fabricated a 6cm X 6cm prototype achieving over 1mA of current output. The company will initially target the health-related electronic skin patch sector, which has lower power requirements than other applications.

Cellmid and BLC Cosmetics to merge

Bio-technology developer Cellmid and health and beauty brand BLC Cosmetics are to merge in a cash and share transaction that will see Cellmid effectively taking over the business. BLC is a subsidiary of HGL Ltd, which will receive $3 million plus 15 per cent of the merged group’s shares. BCL expects to deliver $7 million in revenue in FY21. The merger creates a profitable anti-ageing and health and beauty products manufacturer and distribution business.

Australian Vanadium Ltd (AVL) has extended studies of its proposed Western Australian mine which indicate the potential for higher grades of vanadium and iron to be recovered. The company is developing a vanadium, iron and titanium resource at Gabanintha and a refinery to produce high-value vanadium products at Mullewa near Geraldton. Grades of up to 1.51 per cent vanadium and 61 per cent iron have been shown and studies confirmed a 1.5km extension of a vanadium magnetite trend which had only previously seen limited drilling. Managing director Vincent Algar said: “As a critical battery mineral, this deposit continues to demonstrate its importance to Australia. The southern blocks offer an opportunity to increase the planned 25 year life of the project.”

Ahead of the January 2022 launch of its network of drop-off locations in retail spaces for its recycling program, the Battery Stewardship Council has announced the program’s name as “B-cycle”. The B-cycle Scheme will lead Australia’s efforts to responsibly manage the recycling of batteries, said the BSC, which noted 90 per cent of Australian handheld batteries are not recycled. “It’s crucial Australia’s battery importers, collectors and recyclers sign up now and become accredited participants to take full advantage of the launch,” said B-cycle CEO Libby Chaplin.

Quantum computing developer Archer Materials has been granted a US patent for its QC quantum computing chip technology. The major commercialisation milestone enables the Sydney company to reveal its technology, which operates at room temperatures, to potential partners in the critical US market. Archer’s latest patent protection follows similar steps reached in Japan, South Korea and China..