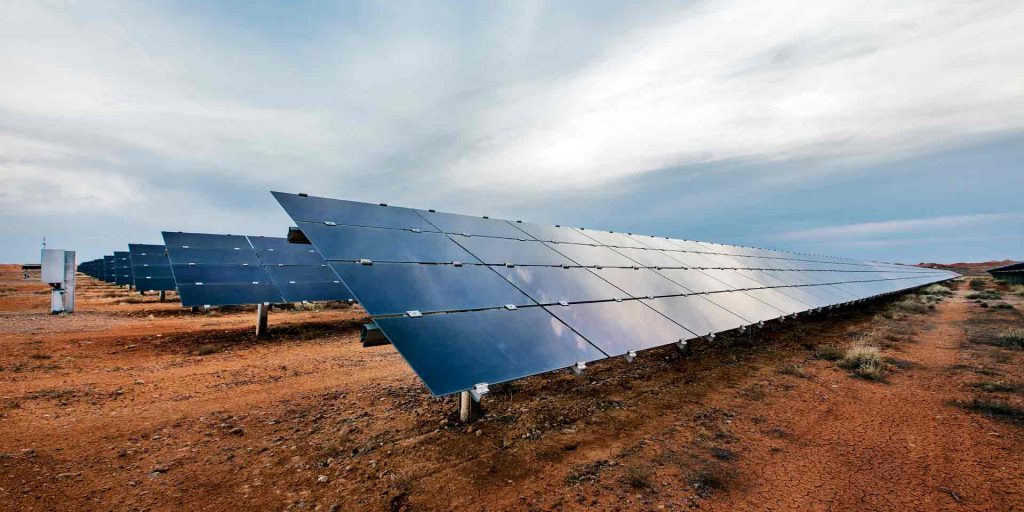 A new $50 million Australian Renewable Energy Agency fund will support the deployment of microgrids and renewable energy across regional Australia. First announced in the 2020-21 federal budget, the Regional Australia Microgrid Pilots Program (RAMPP) will fund pilot projects that demonstrate the potential for microgrids to benefit regional and remote communities. King Island in Bass Strait has shown what is possible, using a combination of solar, wind, wave power and battery storage to displace more than two-thirds of the diesel generation The new program will provide grants to proven projects, with most successful applicants expected to receive between $1 million and $5 million. Details of the Regional Australia Microgrid Pilots Program here.

SA Premier Steven Marshall will throw his weight behind the need to find solutions for a looming defence skills shortage when he opens a Defence Teaming Centre leaders breakfast at the Adelaide Convention Centre on Wednesday, 29 September. Panelists will discuss worker supply and demand, how businesses are rising to the challenge and efficiently utilising skilled staff. Speakers are Kinexus director, Rob Kremer, Shoal Group head of people and culture, Melissa Ciplys, Defence SA CEO Richard Price, and Chamonix founder and ASC director Geoff Rohrsheim. More information and tickets for the 8.00am event can be found here.

Team CSIRO’s Data61 has won the $1M the US Defense Advanced Research Projects Agency (DARPA) Subterranean challenge second prize in international competition in the US. The challenge tested autonomous robotic technology to map, navigate and search environments. Data61 won a tie-breaker on equal points with team Cerberus, with Data61 achieving the earliest final detection. Though based in Australia for the competition, CSIRO’s Australian team members appeared at the event via telepresence.

Biotechnology company Immuron has decided not to proceed with the acquisition of a R&D stage vaccine company developing a Covid-19 vaccine candidate previously flagged to investors. The company has spent $4e50,000 on the deal over four months but has allowed the contractual timetable to expire. Immuron’s core business is its Travelan treatment of gut pathogens. The US Defence Department Naval Medical Research Centre (NMRC) is trailing Travelan for use in troops stationed in areas at risk of infection with campylobacter and ETEC (E-Coli) infections.

Biotechnology drug developer Bionomics is to begin Phase 2 clinical trials this year of a tablet formulation of its drug candidate for anxiety, trauma and stress-related disorders, BNC210. BNC210 is a negative allosteric modulator of the body’s Alpha-7 nicotine acetylcholine receptor with similar efficacy to benzodiazepines. The tablets have already been manufactured and will be trialled at 15 sites in the United States. BNC210 has been previously shown significant anti-anxiety effects in a liquid suspension formulation, which is less convenient for users in the ‘real world’, according to the company.

Nanosatellite IOT communications provider Fleet Space Technologies has signed a Memorandum of Understanding with Australia’s Space Machines Company to utilise its Orbital Transfer Vehicle, Optimus to assist us in deploying a round of nanosatellites at the end of 2022. Optimus will provide fast, precise and reliable access to different orbits, acting as a ‘last-mile’ cargo transport service in-space. Partnering with SMC will give Fleet Space the option to speed up the build time of its space infrastructure

Industry group the Australian Hydrogen Council has requested the Australian Government establish a new Net Zero Fund and a Net Zero Authority to oversee it, with an initial allocation of $10 billion to help applications that are hard to abate without hydrogen, like steel, ammonia production and heavy transport. “The billions of dollars of future GDP envisioned in the National Hydrogen Strategy will only be realised with a significant down-payment… Doing nothing is not a valid option,” said Dr Fiona Simon, the group’s CEO. Their policy suggestions are included in a new whitepaper, which can read here.