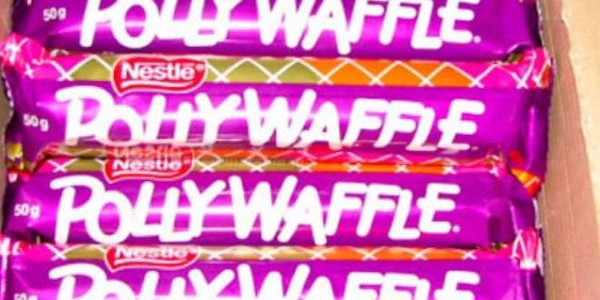 2022 is going to be the year of Polly Waffle

Chocolate manufacturer Robern Menz is to reintroduce the Polly Waffle chocolate bar to the market in 2022, following on from their success with the relaunching of the Violet Crumble honeycomb bar. Backed by a $1 million Modernising Manufacturing grant, the Adelaide company is spending $5.2 million installing machinery to make the waffle wafer tube filled with marshmallow and coated in compound chocolate. The company describes the imminent launch as ‘epic’. Polly Waffle was created in Melbourne by Hoadley’s Chocolate in 1947, before coming under the ownership first of Rowntree’s and then by Nestlé in 1988. At its peak in the 1990s, there were over 10 million Polly Waffle bars produced annually. The Nestlé brands join Robern Menz’s own Bumbles honeycomb, Crown Mints and FruChocs.

Australia’s first factory to build ‘clean’ edge computers to securely handle sensitive data is nearing completion at Botany in NSW. SoftIron’s COO Jason Van der Schyff took to social media to reveal the company was building a plant to make edge computers which would supply sensitive government and commercial users concerned about the provenance of the code that handles their data. Computers are typically built up from global parts suppliers, but SoftIron, which has built a similar factory in Silicon Valley, ensures that the servers are clean and secure. Van der Schyff said: “No one has ever built a computer starting with their own design, manufacturing and software, all the way up to an entire datacentre appliance in Australia.” The company is backed by a $1.5 million sovereign industrial capability priority grant from the defence department.

Lockheed Martin Australia (LMA) has launched a new internship program to develop skills at an undergraduate level needed as part of its contract to provide defence with a new MILSATCOM military satellite communications system. University of Sydney student Adele Burke has been named as LMA’s inaugural MILSATCOM intern. Ms Burke is studying a double degree in mechanical engineering and mathematics, majoring in space. As part of her work under the LMA MILSATCOM internship, Adele is developing models that optimise the architecture of satellite constellations for resilience and survivability. LMA’s space regional director David Ball highlighted the importance of providing engineering students with the kind of practical workplace experience that will position them to support, operate and enhance Australia’s sovereign SATCOM system in coming years and decades.

Sydney composites manufacturer Quickstep has moved to bolster the value of its shares, which have been languishing in value behind the rest of the technology sector this year. The company’s shares have fallen heavily in recent months, despite the company being profitable and having a number of long term contracts to supply composite aircraft parts including for the Lockheed Martin Hercules transport and F-35 joint strike fighter. Quickstep will consolidate its issued capital, with shareholders consolidated in the ratio of one share for every ten shares held today. On Friday Quickstep’s shares rose 1.9 per cent to 0.055 cents.

Modular data centre and cable landing station manufacturer DXN has signed a third contract worth $2.5 million for fibre and civil works associated with the Oman Australia Cable System. The contract is with SUB.CO which operates a number of submarine cables, and is developing the newest cable in our region. The Oman Australia Cable directly connects Muscat, Oman to Perth. DXN has now won contracts associated with the undersea cable valued at $4.25 million.