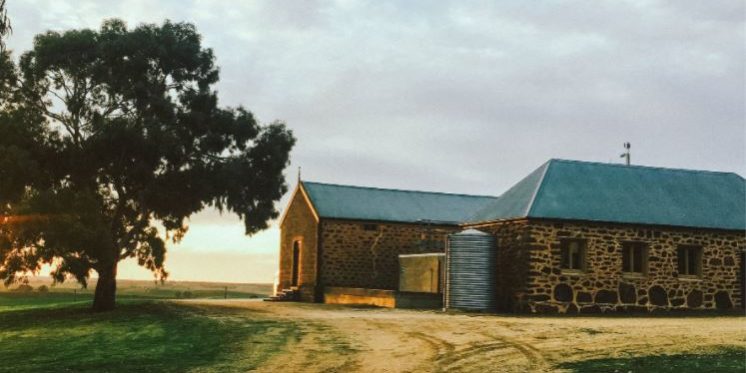 A Barossa Valley winery has become the first wine brand to offer parts of or its entire vintage for sale through a NFT digital marketplace. Torbreck and Powell & Son’s Dave Powell has put his 2021 vintage wines under his brand Neldner Road (winery, pictured) up for auction on Opensea, the leading NFT marketplace. An NFT is a digital asset that represents real-world objects including art, music, in-game items and videos. They are bought and sold online. According to the company: “We always like to try new things and believe that NFTs and wine seem like the perfect match. It reminds us of how wines are sold in Bordeaux through their en primeur system, which has been in operation for over a century. Like en primeur, people who purchase an NFT could be at an advantage over the normal wine buyer, who will pay full retail price once the wine hits the open market.” Neldner Road is offering 100 NFTs that are redeemable for individual barrels of wine. It is possible to buy the entire vintage for US$8.9 million.

Bone healing aid company Osteopore and Singular Health Group are to conduct a comparative clinical study pitching Osteopore’s cranial implant design process against an artificial intelligence design engine in a clinical environment. Over 12 months the trial will test the accuracy and efficiency of AI generated design of cranial implants for individual patients, compared to Osteopore’s traditionally-used methodology. The study, awarded a $50,000 Kickstart 2 grant, will utilise CT scans of the brain from a process known as craniotomy as the basis for the automated system. Singular Health will provide matching funding and will begin the study when it completes sponsored by by CSIRO.

Electro Optic Systems US subsidiary SpaceLink Corporation has concluded negotiations with OHB Systems AG of a US$300 million contract for the manufacture and delivery of four communications relay satellites. Foreshadowed in @AuManufacturing, the satellites will relay data from smaller satellites in low Earth orbit improving their ability to provide internet of things data transfer services in real-time. The companies have now signed an authorisation to proceed which is the legal basis for the commencement of the project. OHB is expected to deliver the four satellites in the first quarter of 2024, and has agreed to invest US$25 million into SpaceLink as a cornerstone investor.

Perth materials technology group FYI Resources has experienced a delay in pre-commissioning of its pilot plant for the production of high purity alumina (HPA) for a planned extended plant production campaign. The company’s metallurgical team encountered a potential safety issue with gas regulators caused by a minor fault. The fault will delay production for three weeks, a delay that will have minimal impact on the schedules of FYI and its partner in the project, Alcoa. FYI plans a kaolin mine at Cadoux, WA and a HPA processing plant at Kwinana south of Perth