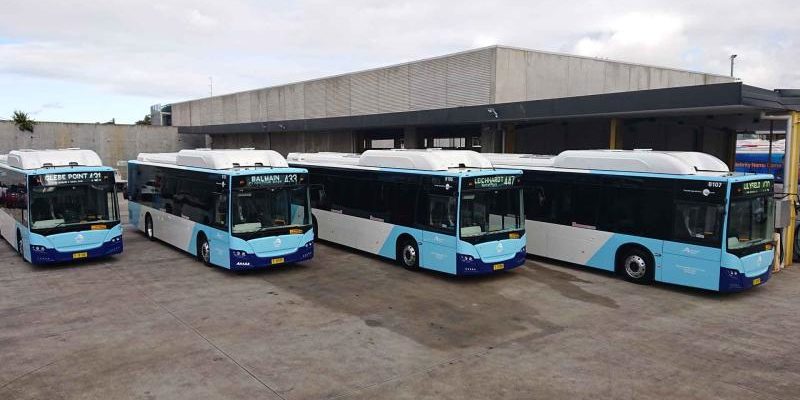 A second Australian cochlear implant player Hemideina has emerged to compete with Cochlear Ltd, with the technology company closing a $10 million capital raising, managed by Henslow. Founded in 2017 by research scientists Dr Kate Lomas and Dr Elizabeth Williams, the company has designed a new type of implant modelled on the auditory system of hemideina crassidens, a New Zealand insect that hears in the same auditory range as humans. The company’s Hera Wireless Implant System is claimed to be simpler and smaller than today’s models.

The Australian Renewable Energy Agency is providing $5 million in funding to support the pilot deployment of Australia’s largest electric bus fleet consisting of 40 electric buses (pictured), charging infrastructure and a retrofitted bus depot in Leichhardt in Sydney’s inner west. The $36 million project is to be delivered by a Transgrid and Zenobe Energy joint venture, receiving funding and in-kind support from project partners including. Meanwhile the very first Transperth electric bus supplied by Volvo has arrived in Perth in preparation for a trial in Joondalup. The electric buses will be trialled on the Joondalup CAT bus route from early next year to determine the reliability and efficiency of the buses. Factors to be evaluated include performance, energy efficiency, emissions reductions, life-cycle costs and risks. The Joondalup bus depot has been upgraded to accommodate the new electric buses, including with a high-voltage EV charging system, a 100kW solar power array and battery storage system. The cost of a Volvo electric bus at the current Transperth specification is estimated at $1 million per vehicle.

Carbon fibre road wheel manufacturer Carbon Revolution has reported 2,100 wheels were sold in the latest quarter, a 34.7 per cent drop on Q4 in the previous year. Revenue was 28 per cent down to $6.2 million. Ford Mustang GT500 wheel sales concluded earlier than expected due to semi-conductor shortages affecting automotive production. Sales of wheels for new Ferrari models have now commenced. During the quarter Carbon Revolution continued development of its first mega-line production line, with orders for long lead time equipment placed and detailed design nearing completion.

Cannabis cultivator Cannim Australia has signed a contract with Epsilon Healthcare to operate as Australian GMP manufacturing partner at its Southport, Queensland facility over the next two-year. Epsilon has already produced the first products, which have been released under Cannin’s HummingBud brand. The two companies executed a binding term sheet and manufacturing agreement for collaboration and manufacture of HummingBud dried flower products. Cannin cultivates cannabis in Jamaica and Australia, and supplies flower and oils into the German, the United Kingdom and Australian markets. The Southport facility will also provide product for export.

Hydrogen supplier Pure Hydrogen has bought a 24 per cent stake in hydrogen fuel cell and hydrogen vehicle developer H2X Global. The company will pay for the share through the issue of 8.2 million shares, and also acquires options to take its shareholding higher. H2X chief executive Brendan Norman said the linkup with Pure Hydrogen would provide a foundation to supply its customer base. H2X Global is to build hydrogen fuel cells, and launch a range of its own designed vans. However its first vehicle to market will be a modified modified utility vehicle.

Li-S Energy is progressing development of a pilot line to produce its novel lithium sulphur batteries in Geelong, Victoria. Li-S and its partner Deakin University are developing batteries in pouch, cylinder and flexible styles, as well as manufacturing technology. The Li-S battery utilises boron nitride nanotubes in their design. Li-S Energy’s share price has more than doubled since listing last month despite the company reporting a loss of $2.3 million for the year.

Lynas Rare Earths continues to be hit by disruptions through the Covid-19 pandemic, however it is fast progressing its new Kalgoorlie processing plant. The company said sales in the September quarter were down from $185.9 million in the previous corresponding period to $121.6 million despite production at its Mount Weld, WA mine remaining strong. High levels of Covid-19 in the area around its Malaysian plant remain high, forcing closure of the cracking and leaching plant for 11 days, and the non-NdPr product finishing area for 16 days. 99.9 per cent of Malaysian staff are fully vaccinated. Procurement of equipment for its new Kalgoorlie partial processing plant is now 70 per cent complete, with kiln components the latest to be on their way from suppliers.