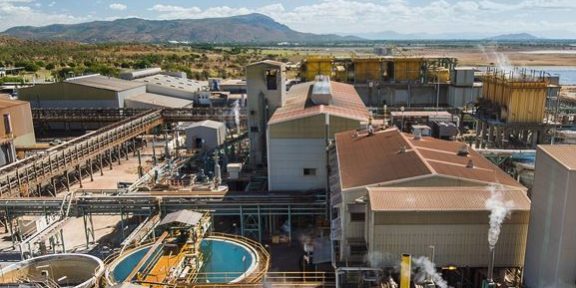 Luxury food manufacturer Maggie Beer Holdings announced group revenues for Q1 FY22 up 84.1 per cent over the previous corresponding period as its three food brands made progress and the company increased online turnover during the Covid-19 pandemic. E-commerce sales were up 154 per cent, and now make up 44 per cent of sales, up from two percent in the previous year. Its newly acquired Hampers & Gifts Australia business is also performing strongly, with new Christmas hampers now including Maggie Beer products. The company’s Paris Creek Farms dairy business is to launch PCF branded milk in 400 Woolworths stores. The company said it was on track to achieve ‘aspirational targets’ of $100 million in revenue and an EDITDA of more than $13.5 million in FY22.

Robotic bricklaying company FBR has signed an MoU with the United Arab Emirates Ministry of Energy & Infrastructure to conduct a joint study into the use of the company’s Hadrian X robot for building homes. The UAE is planning to invest $4.7 billion in new home construction, which could now potentially use FBR’s ‘wall as a service’ construction system that uses Hadrian X. The partners will also study the potential for local manufacturing, though it was not stated what that would entail.

The Future Battery Industries Cooperative Research Centre (FBICRC) has announced long-time energy sector executive Shannon O’Rourke as its new CEO, replacing founding CEO Stedman Ellis. The appointment came at a transition point in the CRC’s six-year term, said the organisation’s chair, Tim Shanahan. “Shannon is well placed to lead FBICRC through its next phase of activities – delivering on the outcomes expected from its research and development collaborations and shaping a growth agenda,” said Shanahan in a statement on Thursday.

The Australian Renewable Energy Agency (ARENA) will support Ark Energy’s development of a 1 MW hydrogen electrolyser with storage and refuelling infrastructure in Townsville, Queensland. ARENA will provide funding of $3.02 million to the project which will supply new 140 tonne fuel cell electric trucks. The electrolyser will be built at the Sun Metals zinc refinery (pictured), a subsidiary of the Korea Zinc Company. Korea Zinc plans Australian green hydrogen production to supply its own needs and for sale to other Asian customers.

Metal additive manufacturing company Aurora Labs is to raise $4 million to support its commercialisation strategy including its recently developed RMP-3 Beta 3D printer. The company has received firm commitments for $3 million from sophisticated investors and will also launch a $1 million share purchase plan to existing shareholders. CEO Peter Snowsill said the cash would also be used for plant and equipment costs and go-to-market activities.

International shipbuilder Austal is to further expand its US naval shipbuilding operations, taking over the lease of Marine Group Boat Works supplying ship maintenance in San Diego, California. The company, which is already expanding its Mobile, Alabama shipyard to enable it to build steel as well as aluminium naval ships, will now add small surface combatant maintenance to its offerings. The San Diego facility includes a newly-built dry dock designed to handle small to medium sized vessels.