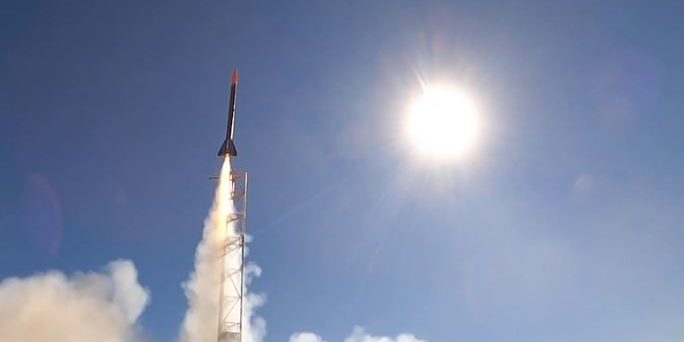 Solid rocket fuel manufacturer Black Sky Aerospace has launched its Sighter 150 rocket from the company’s test and launch site near Goondiwindi, Queensland. The rocket a height of 30,000 feet in 30 seconds carrying software for a cyber security customer. This, the third in a series of test and evaluation launches, provided data for a planned launch into space in 2022. The company also tested a missile motor, burning through 24 kilograms of solid rocket fuel to help prove the propellant and the energetics of the rocket. Brisbane-based Black Sky is progressively refining its ability to track rockets as well as hardware and software system.

Dairy company Halo Food has been awarded its second significant Coles private label tender with multiple SKU’s to be manufactured at the company’s Melbourne facility. The company, formerly Keytone Dairy Corporation, said the arrangement was for an initial 12-month period though the company anticipated the term would be extended. Coles has forecast $3.3 million per annum sales. Halo previously won its first Coles private label deal, which are won on a competitive basis, with the company welcoming a growing relationship with the retailer. Recently it announced a US$40 million strategic partnership with Theland China.

Traffic signage and road management systems producer Traffic Technologies has been awarded a $5.7 million contract by Coates to deliver intelligent traffic control equipment. The company’s portable equipment will monitor, display and inform motorists of road hazards, construction zones and adverse road conditions. The products are part of the company’s ‘smart city’ offerings and will be delivered by June, 2022. The orders were won by the iTS group purchased by Traffic Technologies in June.

Automated high-speed welding systems supplier K-Tig has increased its sales reach in North America, appointing California-based MITUSA to supply the company’s products in North America and Mexico. K-Tig is already represented in the US in the pipeline space by Key Plant Automation and by its own staff, and aims for MITUSA to develop third-party sales channels. K-Tig managing director Adrian Smith said specialist automation integrators were essential in incorporating the company’s technologies in turnkey welding automation solutions across industries. MITUSA is a highly regarded welding automation company specialising in automated seamers backed by technical and logistics expertise.

InhaleRx extends customer base for its cannabis product inhaler

Medical cannabis device company InhaleRx will supply its InhaleRx’s Medihale pods and inhalation devices to cannabinoid producer Cannim to deliver its cannabinoid medications to patients. The agreement is for an initial two-year term with extensions available. The agreement increases the formulation options available to doctors and patients. InhaleRx already supplies Melbourne-based EC Pharma with the Medihale device to deliver its cannabinoids.